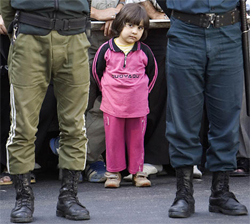 Mullahs’ regime has been known for leading the way in inventing means and measures to make living in Iran as hell for its citizens.

women in streets by Basijies for wearing makeup or loose scarves are just some examples.

The latest measure that knowing the mullahs would not come as a surprise is the prohibition of dancing lessons in kindergartens and nursery schools.

A deputy of Iran’s social bureau said Saturday 19 December that nursery schools will be prosecuted for deviating from the agency’s directives in educational matters such as offering dance lessons for children.

Ali Shakery, Deputy of Iran’s Social Organization for Better Living emphasized that nursery schools will be constantly observed and those not working within the framework specified will have their operating licenses revoked.