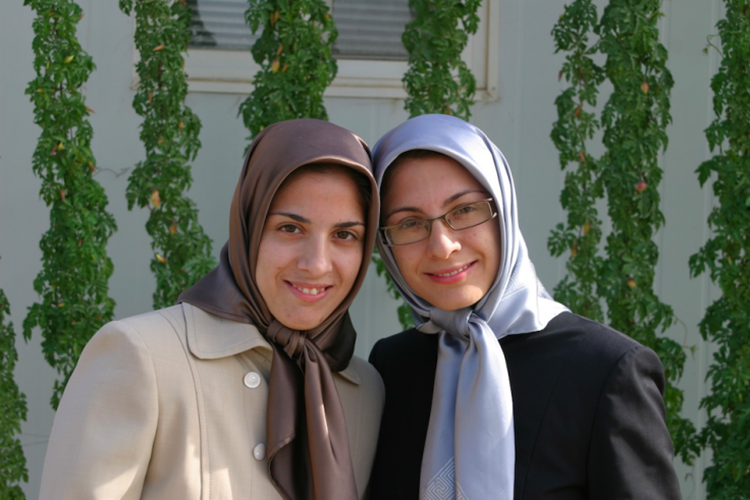 In her article for International Business Times on January 8, Harriet Sinclair writes about Hejrat and Forough Moezzi, who want the international community to act now to find their father, Iranian political prisoner Ali Moezzi, who i has been missing from the notorious Gohardasht Prison since 4 January.

Amnesty International’s website has accounts of numerous political prisoners, missing men and women, activists on hunger strike – hundreds of anonymous people suffering human rights violations, listed on their Iran page, which makes Moezzi’s daughters all the more frighten about their situation, as they sit and wait for news of their father.

Hejrat and Forough Moezzi, members of the Iranian Opposition People’s Mojahedin Organization of Iran (PMOI/MEK) who fled Iran a decade ago, spoke exclusively to IBTimes UK. They say they are living with the very real possibility their father may have been put to death by the Iranian regime.

“On Wednesday (4 January) I heard they abducted my father in prison and we have no news from him, they took him to another place,” explained Hejrat, 29. She said her that father met with family members at the prison but was never returned to his cell after he left the meeting.  “I am really worried about him. They have executed many political prisoners, they killed many of them in prison and I am afraid, I don’t know if he is still alive.”

Moezzi, 65, has recently been diagnosed with cancer.

He was imprisoned several times during the 1980s, and was also arrested in 2008 for visiting his two daughters at Camp Ashraf, the Iraqi place of residence for members of the PMOI. After serving his two-year sentence, he was again arrested in 2011 and sentenced to four years in prison for attending the funeral of a PMOI member who died in prison. An extra year was tagged on to his sentence while he was in prison, with no explanation.

While in prison, he continues his opposition to the regime, so there is a serious fear that he is in danger. In a letter to the international community, his two daughters, who are now living in an undisclosed location, claim their father’s only crime is being related to members of the PMOI, and are begging for help to find out what has happened to him.

In a letter, the British Parliamentary Committee on Iran wrote: “Mr Moezzi’s case is another example that the Iranian authorities are stepping up domestic crackdown on political prisoners, activists, dissidents and dual citizens in Iran.”

The letter cited the Iranian activist and writer Golrokh Ebrahimi Iraee’s temporary release from prison following domestic and international pressure in support of her and her husband Arash Sadeghi, another prisoner of conscience who staged a 71-day hunger strike in protest of her sentence.  Ali’s daughters are hopeful similar pressure on the Iranian authorities will help them find out where their father is, and have him released, if possible.

Ali’s relatives claim he has suffered beatings and torture, over the past five years in prison, and say he has been threatened by guards that he will not leave prison alive.

“I am very concerned because I know the Iranian regime is bad for human rights activists, and I don’t know if he is still alive or not,” Forough, 27, added.

“It’s a hard situation – this is an issue of life or death. We want the international community to take action.” She added, “…the Iranian people are victims of silence. I want you to ask human rights communities and the UN to condemn the Iranian regime and take action.”

The Iranian Embassy did not respond to a request for comment.