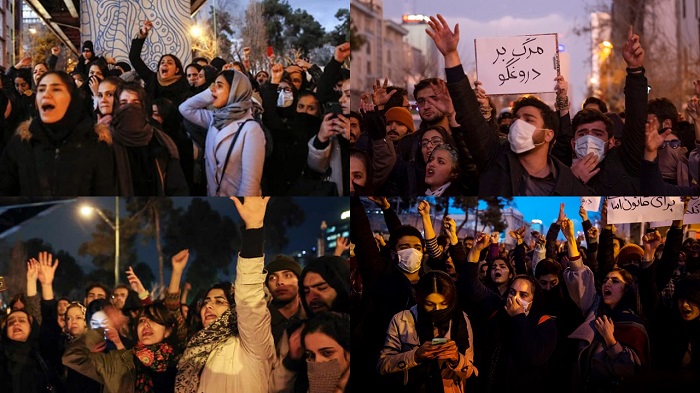 Every government has a responsibility to offer opportunities and resources for the youthful generation, which is the country’s future. Unfortunately, due to the religious regime and misogynistic mullahs in Iran, the Iranian kids have no future.

The mullahs’ misogynist regime is known for ruining young youth’s scientific and educational opportunities, as well as extinguishing their artistic capabilities and preventing them from excelling in sports.

Discrimination against young Iranian youths and adolescent girls is widespread.

Very little hope for the future

Sixty percent of Iran’s 84 million people are under the age of 30. Only if the government creates a favorable atmosphere for young people to take action will the promise of a young population be realized.

Iran has a young and educated population, but the mullahs’ harsh system and deteriorating economy leave them with little hope for the future.

Meanwhile, the number of students is decreasing year after year as a result of rising poverty, a lack of free education, and a lack of government support for educational access. Despite fresh admissions, the data provided by the Iranian official media show a declining trend of 398,000 fewer students per year.

Young people may play a critical part in any country’s economic transformation. According to Iran’s National Statistics Center (NSC), the unemployment rate among Iran’s young population is 21.8 percent, about double the country’s average unemployment rate.

40% of the unemployed in Iran are university graduates

In June 2015, Labor Minister Ali Rabii stated, “Approximately 40% of the unemployed in Iran are university graduates.” The number of unemployed graduates will rise in the future, with almost four million students graduating from the country’s institutions (per year).”

For young women, the issue is more complicated, as they confront numerous obstacles, including a lack of educational and employment options.

According to the National Statistics Center’s quarterly economic report, just 3.5 million women over the age of 15 are employed out of a population of 31 million. Furthermore, according to the state-run Etemad on October 21, 2019, the unemployment rate for educated women in most provinces is 3 to 4 times that of educated males.

Hopelessness and despair among unemployed young people lead to a variety of social ills.

“The number of addicts in Iran has doubled compared to the year 2011. Considering that the population is 85 million, some 12 million Iranians are addicted. 4.5 million of them are permanent consumers… Addiction is the outcome of poverty and unemployment in the country which as a social ailment is the cause for many cases of divorce and disintegration of families.”

In all national development objectives, governments must prioritize youth education, skills, employment, and gender empowerment. The Islamic regime’s systemic corruption and inefficiency, on the other hand, have robbed Iranian youth of a prosperous future.

On the occasion of International Youth Day, we reiterate that the Iranian dictatorship has no strategy for dealing with the demands of Iranian youth other than killing and arresting them and suppressing their legitimate aspirations.

Young people took to the streets

Young people took to the streets in the aftermath of the uprising in Khuzestan and following rallies across Iran, chanting “death to Khamenei” and “death to the dictator.” Iranian youth made up the majority of those killed in the Khuzestan uprising and the November 2019 uprising.

The Iranian youth are infuriated. They have resolved to overthrow the mullahs’ tyrannical regime at whatever costs.

MEK as a role model for Iranian youths

On August 5, the Haraz News website accidentally revealed a critical fact in a piece about the regime’s anxiety: “The youth of Iran set the People’s Mujahedin of Iran (PMOI / MEK Iran), as their role model.”

The article went on to mention the growing youth support for the MEK, as well as the ongoing protests that are shaking the regime’s foundation.

“Instead of engaging in lessons, exercises, games, and sports, our youth and students are embarking on an adventure against the regime.

If you are looking for documents for this claim, watch MEK TV programs once to find out where our young people’s role models and their frustrations come from.