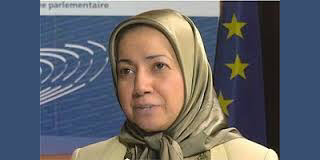 She said that the recent trips by European officials have failed to make the human rights situation any better. Ms. Federica Mogherini, the head of European Union diplomacy, travelled to Iran earlier this month and during her visit ten people (two of which were women) were executed. Ms. Nowrouzi said that it appears that her visit only “aggravated” the situation in Iran.

She travelled to Iran on 16th April with seven EU commissioners. The purpose of the visit was to discuss trade and other areas of cooperation with regime officials. Her trip, however, faced heavy criticism. One of those who opposed to the trip was Mohammad Mohaddessin, chairman of the Foreign Affairs Committee of the NCRI. He was critical of the trip as it was taking place at a time when mass executions, human rights violations and warmongering was rife in the regime. These actions are taking place and it should have been Ms. Mogherini’s opportunity to defend human rights, not discuss trade.

Ms. Nowrouzi emphasised that the United Nations have reported a record high in last year’s execution rate, however she also highlighted that the real number of executions is impossible to determine and that the human rights situation is worsening rather than bettering. She said: “In reality and based on the reports by the UN Special Rapporteur on human rights in Iran only last year 966 people had been executed in Iran, while we know that the real figure is much higher.”

The NCRI reported on 13th April that the rise in executions was to intensify “the climate of terror to rein in expanding protests by various strata of the society, especially at a time of visits by high-ranking European officials”. They also said that this shows that the claims of being moderate are nothing but an illusion, and in fact the regime has a medieval approach.