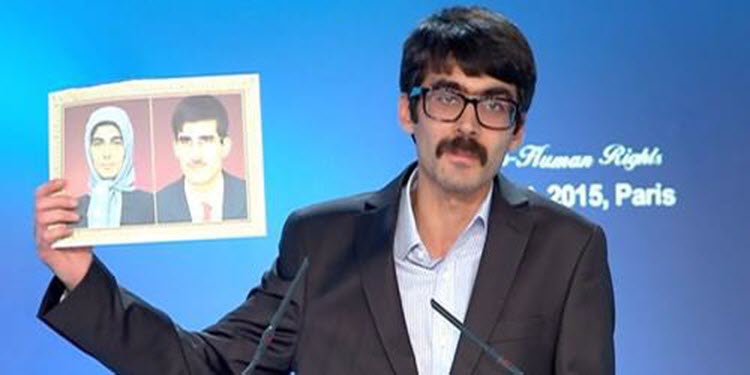 The International Business Times published an article about Farzad Madadsadeh, an Iranian who was arrested in Tehran in 2009 by Iranian security services for links to underground resistance.

In the article, the writer speaks about meeting with the 31-year-old former cab driver from Iran’s East Azerbaijan province. He spoke about the six years he spent in prison in Iran, the abuse he was subjected to and the deaths of his brother and sister in exile in Iraq.

He said: “Each night I didn’t know if tomorrow evening I would still be alive or if I would be dead. It is hard to describe those conditions because you don’t know what’s going to become of you.”

He was arrested in 2009 in Tehran by Iranian security services for having links to the People’s Mojahedin Organisation of Iran (PMOI).

The PMOI first tried to overthrow the Shah of Iran in the 1970s and is now working towards toppling Ayatollah Khomeini’s theocracy. The article also highlighted that the group is a banned organisation in the Islamic Republic and links to the group can result in a death sentence in the country’s politicised courts.

During his sentence in Evin prison he would be interrogated for more than 12 hours at a time and for six months he was left in solitary confinement. He was constantly tortured, both psychologically and physically, he said. “There were three agents that would kick me around like football, each one in turn, one by one.”

He was told he would be executed “if he did not publicly denounce the resistance movement on state television”. He explained that it was common for prisoners to be electrocuted with a taser gun and beaten on the soles of their feet with wooden sticks. He told the journalist that one of his friends had been burned with cigarettes by the prison guards.

The terrible conditions are made real when Farzad explains that torture is sometime preferable to solitary confinement.

Farzad eventually had a trial, but he describes it as a “mockery”. It was a hearing that lasted five minutes and he had no opportunity to defend himself. He got five more years in prison, but he was relieved not to have got the death penalty.

In April 2011, his brother and sister were killed at Camp Ashraf along with thirty-two other residents. Iraqi troops opened fire on the residents in an attack that Farzad called a “slaughter”.

Farzad sentence finished in 2014 and he was released. However, life after prison was difficult and he decided to flee Iran to Europe though his connection to the PMOI.

“My life now is for the overthrowing of the regime in Iran. It is not so important for me that I will see that freedom myself. What is important is that Iran becomes free.”