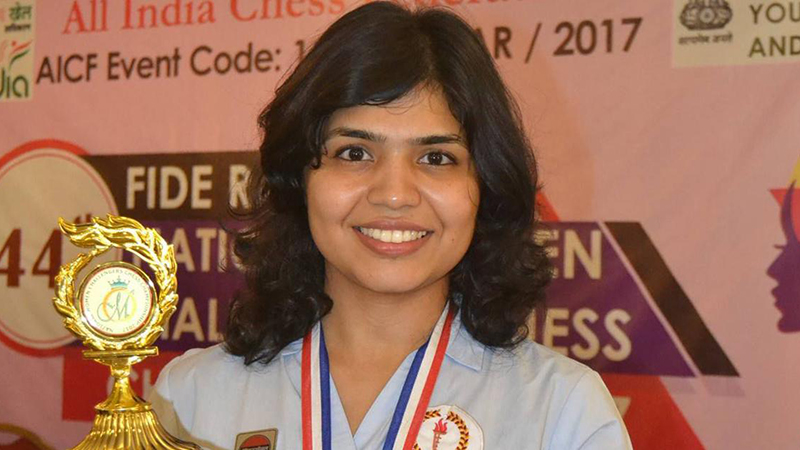 by Staff writer, SF
The Asian Nations Chess Cup takes place from July 27th to August 4th in Hamadan, which is believed to be among the oldest of Iranian cities. In Iran, women are required to wear the Islamic headscarf in public places. This has been the law since the Islamic revolution of 1979. Iranian law forbids women from showing more than their face, hands, and feet in public, and they must wear only modest colors.

Soumya Swaminathan, a former World Junior Girls Champion, pulled out of an upcoming championship in Iran to protest the dress code at the Asian Nations Chess Cup starting next month. She said that having to wear an Islamic headscarf violated her rights.

The 29-year-old grandmaster wrote on Facebook page, “I do not wish to be forced to wear a headscarf or burqa. I find the Iranian law of compulsory headscarf to be in direct violation of my basic human rights including my right to freedom of expression, and right to freedom of thought, conscience and religion.” She added, “It seems that under the present circumstances, the only way for me to protect my rights is not to go to Iran.”

Iranian women are also angered by the law, and continually push its limits. Many of them, particularly in urban areas, wear loose, bright colored scarves, risking fines and even lashings from the “morality police”. Some brave women have also raised a new challenge to their Islamic government by pulling off their headscarves in some of the busiest public squares and brandishing them in protest.

According to Swaminathan, when she first agreed to be a part of the Indian team, the host country was to be Bangladesh and the dates were different. “But once the new dates and new venue came up, I excused myself,” she added.

US chess champion Nazi Paikidze-Barnes boycotted the 2016 world championship in Tehran after refusing to wear the hijab.

The Iranian Chess Federation banned Dorsa Derakhshani for attending competitions abroad without wearing the headscarf in 2017. Derakhshani now plays for the United States.

Chess officials came under fire from Swaminathan, who criticized them for allotting events to countries without taking players’ rights into account.”I understand the organisers expecting us to wear our national team dress or formals … for our games during official championships, but surely there is no place for an enforceable religious dress code in sports,” she said.

According to the World Chess Federation, Swaminathan is ranked 97 among active women players in the world and fourth in India.