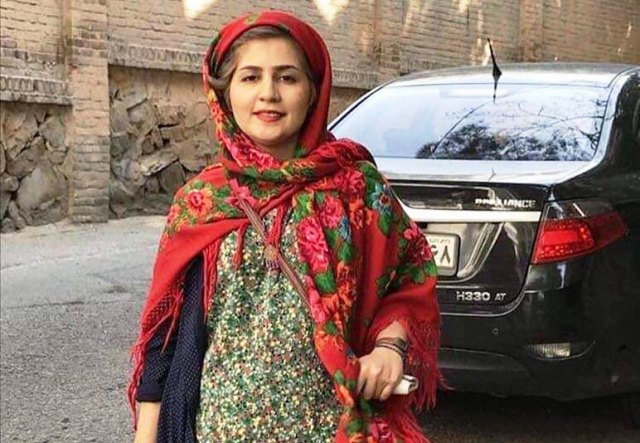 Iranian political prisoner Sepideh Qolian began a hunger strike on Sunday, October 20, in protest to the increasing pressure that the intelligence services of the mullahs’ regime have placed upon her and her family, as well as the mistreatment of inmates in Qarchak Prison by the authorities.

Qolian, who was placed in solitary confinement for a few hours on Sunday after clashing with prison guards over the transfer of another political prisoner to solitary confinement, is demanding that a delegation from the Judiciary visit Qarchak to investigate the abysmal conditions of inmates there.

Qolian has subsequently been returned to the general ward, but prison authorities have threatened to bring new charges against her for her peaceful activism over the conditions in Qarchak. This activism includes writing messages on prison walls and arguing with prison guards over the horrible quality of the food served to inmates; food which is full of insects due to unhygienic preparation.

Qolian, a civil rights activist, was arrested during the ongoing protests by workers of Haft Tappeh Sugarcane Factory, which began last winter and sentenced to 18 years in prison.

On October 21, one day after Qolian began her hunger strike, her sister Samaneh was arrested and detained. Samaneh was released the next day following an interrogation by the security services.

On Wednesday, October 23, political prisoner Atefeh Rangriz ended her hunger strike in Qarchak after eight days because the Iranian Regime agreed to meet one of her demands. The prison authorities have now agreed to reduce the cost of her bail bond by 50% so that her family could afford to pay.

Rangriz, a master’s student of sociology and a labor activist, was arrested during the Labor Day protest in Tehran on May 1, alongside dozens of other protesters. She was sentenced to 11 years and six months in prison and 74 lashes.

In an open letter about her hunger strike, she wrote: “I have made a weapon from my body to stand up to the injustices we have and continue to experience… I know it all too well that my life is not worth protecting those who are playing with it. I have decided to endure this suffering to break the suffocating silence that is effectively killing our civil society and our righteous cries. Hence, I conclude this letter with two words that have echoed throughout the history of oppressed people, Either death or freedom.”

On Tuesday, October 22, students at Tehran University held a protest gathering to show their support for Soha Mortezaii, who has been holding a sit-in for ten days by herself in front of the university’s library.

Mortezaii was arrested in January 2018 during the nationwide uprisings in Iran that spread to 160 cities and is still happening today. She is demanding that the ban on her continuing her Ph.D. education be lifted.