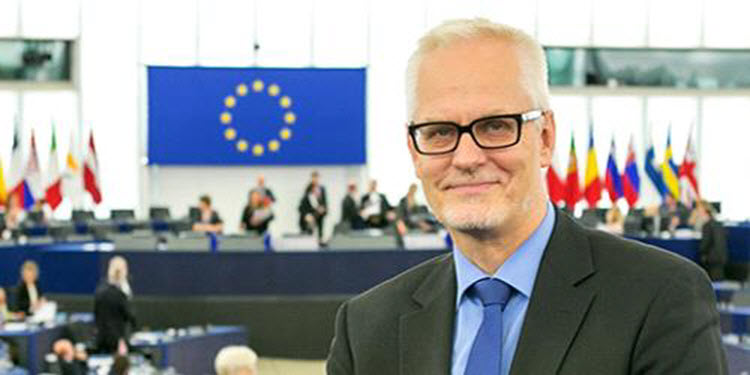 Petri Sarvamaa, a Member of the European Parliament from Finland, has reiterated his support for a free Iran as momentum gathers behind the mass rally on July 9 in Paris of supporters of the National Council of Resistance of Iran (NCRI) and the People’s Mojahedin Organization of Iran (PMOI or MEK), together with decision-makers and civic leaders from across the globe.

Noting the determination of his colleagues in the European Parliament to ensure that human rights were a factor in the EU’s decision-making about its economic and political relationships with Iran, Mr Sarvamaa drew attention to the statement signed by more than 270 MEPS.

“The struggle for a democratic and free Iran continues. Today, we are over 270 members; that is, over one-third of all members from all political groups, from all 28 member states, supporting human rights in Iran,” he said.

Mr Sarvamaa looked forward to ‘a free and democratic Iran”; the rally on 9 July supports the ten-point plan of Maryam Rajavi, President-elect of the NCRI.