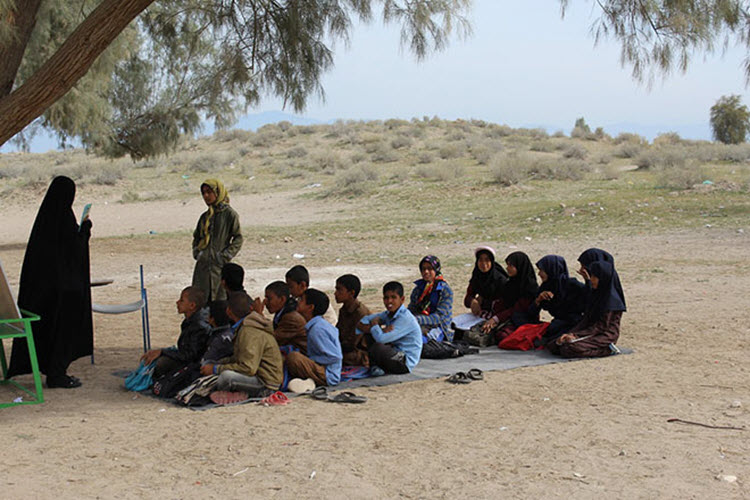 At least ten girls from impoverished families have received eight whip lashes and been expelled from their school in the Mokhtarabad village in South Roodbar (Kerman) for failing to pay 30,000 toumans (approximately $8.5) as a gift to the school.

The flogging of Kerman students has received widespread condemnation, leading to the Iranian Education Department to take extreme measures to keep the victims silenced. They have threatened the victims’ families to expel their children if they dare to voice what happened to them.

Requesting various material gains from impoverished families is standard practice in Iran, instigated by the Ministry of Education. These include various stationery supplies, gifts to the school, expenses to cover taking a census and school tuition fees. The state-run Tabnak website reported recently that there “are schools across the country where school officials severely punish the students for their inability to pay tuition fee.”

This places great pressure on families, especially those which are most impoverished and therefore vulnerable. Parents’ “poor economic condition does not allow them to help schools meet the costs.” Families often sell their household items or borrow money just to be able to pay the requested amount of school donations, according to reports made in the state-run media.

The children from families who can’t afford these ‘donations’ often go to extreme measures to cope – they either leave school altogether or, in the most extreme cases, commit suicide. Children as young as 12 have been reported to have resorted to suicide because their families could not afford to pay the requested ‘gift’ to the school.

Flogging children is a vile and inhumane act that goes against any international standards of human rights and the rights of minors. The Education Committee of the National Council of Resistance of Iran (NCRI) is strongly against these extreme measures and has publicly denounced them. “The mullahs’ inhuman regime is inherently criminal and thrives on torture and flogging. Moderation of the religious fascism ruling Iran is a mirage when it spends billions of dollars of the Iranian people’s assets on the export of war and terrorism to the region and carnage of defenseless children and women in Syria and particularly in Aleppo. Inside Iran, it does not have any qualm in plundering people even by whipping the delicate bodies of girl children.”

“So long as the Velayat-e Faqih regime is in power, the Iranian children will live in poverty and destitution, suffer from various deprivations and they will be suppressed and tortured,” the spokeswoman for The Education Committee at NCRI said. “The only cure for these pains is the unity and solidarity of all strata of the nation to overthrow the mullahs’ religious tyranny and establish freedom and democracy in Iran.”