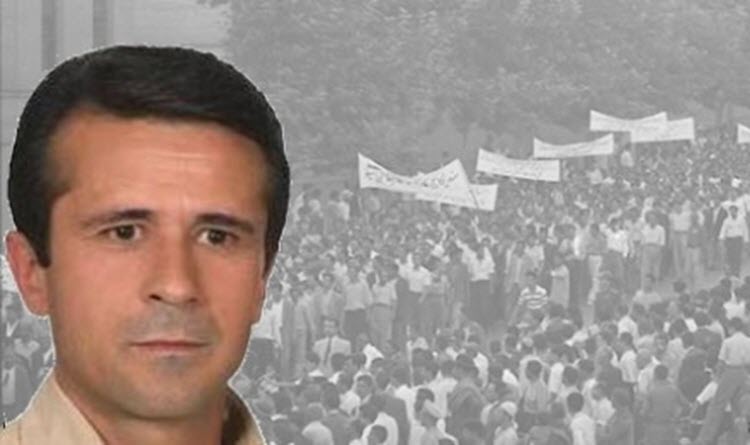 “Our fellow inmate Jafar Azimzadeh is taking his last breath after nearly 50 days of hunger strike. But the inhuman judiciary system of Iranian regime stands over its falsehood and is not ready to at least announce by its low rank officials that the charges of acting against national security against workers in guild cases will be reviewed or their appeal for a judicial review will be accepted. Why? Because they intend to take away Jafar’s life and have no shame in exposing their own nature and murders inside the prisons. Because they cowardly see their regime’s authority and power in killing prisoners under torture and flogging the workers and youth. Look what they did to Zahra Kazemi and Mohsen Dogmechi and Mansour Radpour and look what they did to Hoda Saber and Sattar Beheshti and Shahrokh Zamani and now it is Jafar Azimzadeh’s turn. So be aware! That is why on the verge of Dogmechi’s death the regime’s prosecutor said: ‘not everyone must die of execution.’

“Yes, in the view of these criminals, slow death is one of those ways to die and they can also blame the victims.”

Shame on the executioners,

Hail to the guardians of honor and freedom,

It should be mentioned that Jafar Azimzadeh, a defender of workers’ rights who is incarcerated in Evin Prison, has been on hunger strike since 29 April 2016 and he is reportedly in critical physical condition and his health is deteriorating.