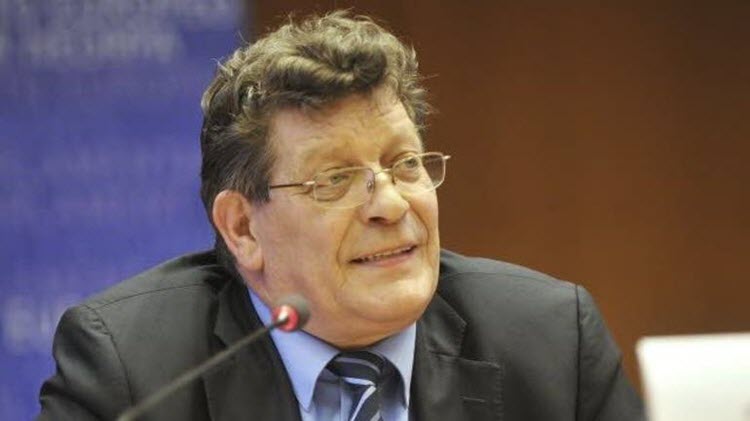 “No amount of trade and economic growth can make up for the suffering and loss of life caused by Iran’s brutal regime. The West must demand change before deepening relations with Tehran.” ~ Gérard Deprez.

Prior to any further expansion of relations with Tehran, this statement asks European governments to require improvements to the human rights situation there, and expresses concern for the alarming number of executions in Iran since president Hassan Rouhani took office three years ago.

Dr. Ahmed Shaheed, the UN special rapporteur for human rights in Iran, pointed out that nearly 1,000 people were put to death in Iranian jails during the year 2015. According to his latest report, this represents the worst period of executions in 27 years.

Following implementation of the Iranian Nuclear Deal, when many European politicians continue to regard the Rouhani administration as moderate, Iran is still the nation that executes more people per capita than any other.  Although the hope was that President Rouhani would be a potential source of internal reforms in the months and years to come, statistics showed that President Rouhani has overseen a total of approximately 2,500 executions during his three years in office.  Human rights organisations have reported executions in recent weeks, pointing out that 73 people were hanged in May. These were public hangings, viewed by young children.

The Iranian regime maintains its commitment to plainly medieval values, while being praised for its “moderation”. Repressive measures against women and religious minorities continues, and Iran leads the world in executions of juvenile offenders. Public hangings include political prisoners convicted of “crimes” like “enmity against God”, which may consist of nothing more than donating money to media outlets linked to the opposition PMOI, or otherwise speaking out against the regime’s abuses.

Those fortunate enough to keep their lives are punished with either excessively long prison sentences or forms of legally mandated violence.  Amnesty International reports that the country’s fundamentalist leadership continues to cling to the literal doctrine of “an eye for an eye”, and still carries out punishments that involve blinding prisoners or removing their limbs.  Flogging are eagerly meted out by the courts, increasingly popular as ways of attempting to “correct” the behavior of a restive population, particularly women.  The UN High Commissioner for Human Rights recently  condemned “the outrageous flogging of up to 35 young men and women in Iran” who had been rounded up at a graduation party and subjected to 99 lashes each, for removing headscarves and dancing with the opposite gender.

Clearly these abuses have gone on long enough for those who have been waiting for signs of reforms from inside the Iranian regime.Claims of moderation have been contradicted in word and deed by the regime in general, and by the Rouhani administration in particular, who eagerly embrace the above-mentioned executions and physical violence, describing them as “the law of God” and “the laws of the parliament, which belongs to the people”.

However, the Iranian parliament belongs to no one other than the ruling theocracy, and the political victories for Rouhani’s faction were just victories of one hardline wing over another. All genuine reformists were ousted from the race long before the Iranian people had any opportunity to weigh in on the future of the country.  Worse than that, years ago the staunch opponents of repressive theocracy and fundamentalism were ousted from the country altogether.

On 9 July, many lawmakers from throughout the world, including hundreds of senior political dignitaries, parliamentarians, human rights and women’s rights activists, as well as religious leaders from the United States, Europe, and Islamic countries, will come together in Paris for “Free Iran”. This major gathering of Iranians and their international supporters, for the cause of democracy and freedom, will highlight the continued suffering of the Iranian people at the hands of the mullahs’ regime.

Our message is that the Iranian people cannot afford policies that avoid putting pressuring the regime regarding human rights. The economic growth and trade isn’t worth the pain and loss of life that persists under this regime.