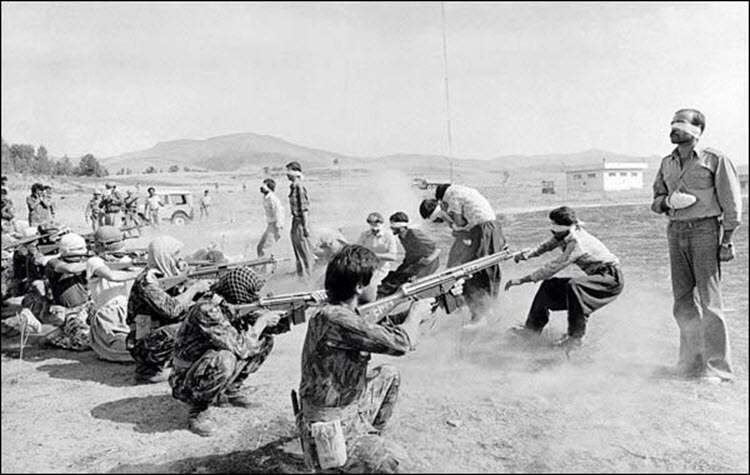 In an article by Heshmat Alavi, published in The Ground Report on October 5, he writes about the violation of Human Rights in Iran.

Iran was one of the topics discussed in the first presidential debate between Hillary Clinton and Donald Trump, and has been a ‘hot topic’ for the past 38 years, especially during the U.S. presidential elections.  Although the nuclear deal and troubles caused by small Iranian boats in the Persian Gulf were specific issues thrashed out in last Monday’s debate, Human Rights was not brought up by either of the candidates.  Overlooking Tehran’s violations of Human rights is the the same foreign policy mistake U.S. administrations for the last 38 years.

“Iran’s foreign policy is based on aggression and support for terrorism, and the outcome of this policy is war and turmoil in Syria, Yemen, Iraq and instability all over the Middle East. The policy of aggression outside the country has a direct link to Tehran’s domestic policies and the way it treats the people of Iran. This policy was adopted by Ayatollah Khomeini, the founder of Islamic Republic, under the guise of export of Revolution,” says Alavi, and adds, “The theocratic regime in Iran that Khomeini founded in 1979 was a medieval state with a reactionary and backward school of thought, whereas the fabric of Iranian society was fairly educated and modern. Due to this nature, the regime was unable to understand and resolve the issues of a twentieth century society and therefore day by day discontent increased in the Iranian society—especially the youth—and they were asking for serious changes.”

“To suppress the demands of society and impose its school of thought, the new regime resorted to internal repression, and in order to justify and cover up this authoritarianism, they adopted the policy of ‘exporting revolution,’ or more precisely, sponsoring terrorism and waging war in other countries. In such policy the external war is the cover up for internal suppression. This is the main reason behind the Iranian regime’s meddling in Syria, Yemen, Iraq, Lebanon and other countries,” writes Alavi.  Senior officials of the regime, and high ranking commanders of the Revolutionary Guards Corps (IRGC), have  said that the continued existence of the regime depends on this policy.

They have openly expressed that their front line to fight with enemy is in Syria, Yemen and, Iraq, otherwise they have to fight in their own cities. According to Fars News Agency Nov 19, 2015, in his speech at the funeral of an IRGC commander killed in Syria, Ali Saeidi, repeated Khamenei’s words, saying, “Today imam Khamenei announced that Syria is our front line, this word is related to security, emotion, … because if we were not in Syria, today we would have lost Iraq, Syria, Lebanon and Iran.”

Thousands of members and supporters of the People’s Mujahedin Organization of Iran (PMOI or Mek) were imprisoned, tortured and executed in the 80s. In summer of 1988, based on a fatwa, a decree of Khomeini, who deemed any prisoner loyal to Mujahedin to be executed, some 30,000 political prisoners, many of them members or supporters of the PMOI, were executed. The recent of audio taped revelation of the late Ayatollah Montazeri, former successor to Khomeini, places Mr. Montazeri in a meeting with 4 main perpetrators of the massacre in Tehran in August 15, 1988. Mr. Montazeri urges them to stop the killings and criticizes them, saying  “you will be remembered as the biggest criminals in history.”

The West’s silence on these crimes has “emboldened the Iranian regime to continue the same policy and suppress Iranian people in the most savage way possible. And on the other hand by meddling in other countries affairs it has waged bloody wars in those countries,” says Alavi.

He concludes, “To contain Iran and its terrorism abroad, it is imperative to hold them accountable for what they have done and what they are doing inside Iran. Therefore the right policy towards Iran is not to turn blind eye to those crimes but to make the regime pay for all the crimes they have committed. The UN should form an international tribunal to bring to justice all the decision makers, and perpetrators of the 1988 massacre, who are still in key positions in the Iranian regime. It is also imperative to impose sanctions on Iran because of its violation of Human Rights, and any economic and political relation with Iran must be conditioned to complete halt of executions and torture in that country.”