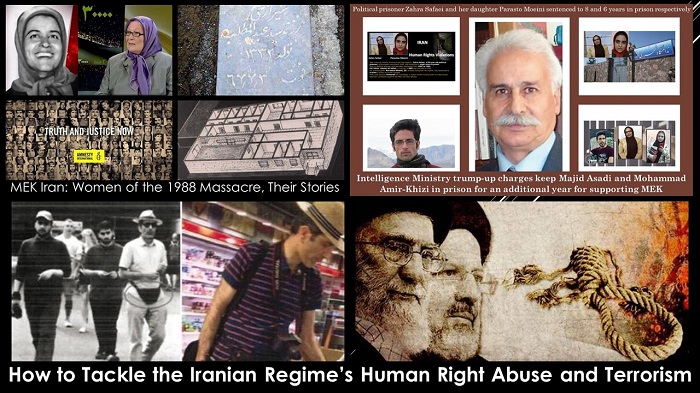 The National Council of Resistance of Iran (NCRI), and the People’s Mojahedin Organization of Iran (PMOI / MEK Iran), reported that the Iranian regime executed 27 people in January, including four political prisoners, and issued several harsh sentences against political activists.

The Iranian Resistance showed how human rights abuses are rising in Iran and how an international effort is required to counteract this.

On Monday, political prisoner Zahra Safaie was sentenced to eight years in prison, and her children, Parastoo and Mohammad Moeini, were sentenced to six years each on the bogus charges of “assembly and collusion” against “national security”.

They were arrested in 2020 for their supposed support of the People’s Mojahedin Organization of Iran (PMOI / MEK Iran) and placed under physical and psychological torture to extract forced confessions.

The regime also sentenced MEK supporters, Majid Asadi and Mohammad Amirkhizi, to another year in prison based on made-up charges levied by the Ministry of Intelligence and Security (MOIS). Both were due to be released soon.

The growing number of executions

The Iranian Resistance wrote: “The growing number of executions and mistreatment of prisoners in Iran, mainly political prisoners, suggests systematic human rights violations in Iran, and how it is inseparable from the clerical regime.”

Seven United Nations experts wrote last year that a “systematic impunity” over the  1988 massacre of political prisoners, which they said “may amount to crimes against humanity”, had only emboldened the regime to commit more human rights violations.

After all, several high-ranking officials in Iran, including Judiciary Chief Ebrahim Raisi and Justice Minister Alireza Avaii, were involved in the massacre and never held to account, even internationally, which may explain why the regime felt about to ignore international campaigns to halt executions last year.

Of course, it is not just domestic repression that the regime traffics in but also international terrorism, as proven by the recent conviction of Iranian diplomat Assadollah Assadi, who tried to bomb the 2018 Free Iran rally in France and ran a terrorism and spying network in 11 European countries.

The Resistance said that in order to tackle the human rights abuses and terrorism threat, the West should seek to end diplomacy with Iran and make all relations with Iran dependent on an end to human rights violations and the export of terrorism.

They wrote: “The Iranian regime’s dossier of arbitrary executions, massacres of political prisoners, and killings of demonstrators should be referred to the UN Security Council, and its leaders should be brought to justice for four decades of crimes against humanity.”