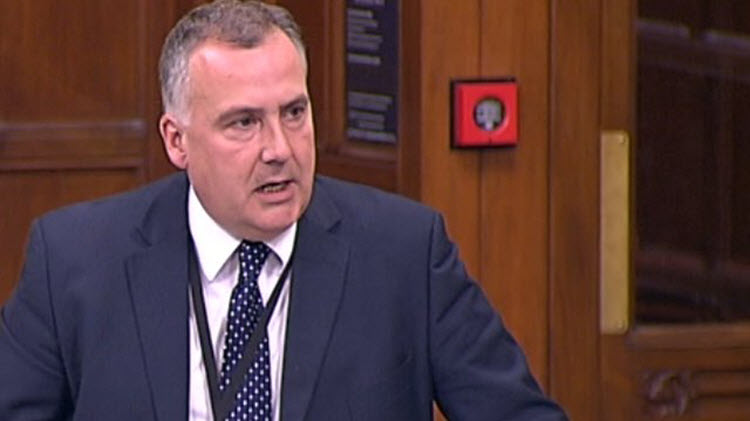 London, 20 Jun – Mark Williams, a Liberal Democrat MP, has written an opinion piece for The Hill in which he decries the regimes’ treatment of ‘morality crimes’.

He said: “Under the system of clerical leadership, virtually anything can be criminalised if it is deemed to be out of step with the regime’s perspective on what it means to be authentically Muslim or Iranian.”

He cites the routine confrontation by police of anyone thought to be breaking the restrictive religious code; especially women who violate the harsh dress code imposed on them.

He also discusses the ban on men and women mingling, which led to the flogging of nearly 200 young people in the last month for attending mixed gender parties, and the plight of protesters who are thrown in jail for “spreading propaganda” or “insulting sanctities.”

Then, Williams, a member of the British Parliamentary Committee for Iran Freedom said: “If the regime particularly wishes to make an example out of an offender, he or she may be charged with offences like “enmity against God”, which carries the death penalty.”

He reminds us the news that shocked Western audiences a couple of years ago; a group of young people were arrested after filmed themselves singing and dancing along to Pharrell William’s Happy. They were sentenced to 91 lashes and six months in prison. It is one of very few examples of Iran’s treatment towards freedom of expression, that the West ever hears about.

Maybe this is an example of the moderate regime of Hassan Rouhani, that Western powers referred to when striking the nuclear deal last year?

Well, Rouhani justifies the harsh punishments by claiming that they are the will of God.

This statement is supposed to excuse the worst period of executions in the past 25 years. 2,400 people, some juveniles, were put to death in the three years since he took office.

Williams said: “Now, three years into Rouhani’s presidency, it is abundantly clear that the “Happy” arrests were not an aberration, much less the last gasp for repression in Iran. They were part of a pattern that has been ongoing or intensifying in the midst of what many Western policymakers rushed to describe a trend toward moderation.”

He said: “The message is clear: three years after Rouhani took office and two years after he declared that Iranians shouldn’t be punished too severely for expressing joy, it is still the case that acting in a spirit of freedom is illegal in the Islamic Republic of Iran, and will be met with violence.”

Williams asks how many more human rights abuses we will accept before we start listening to opposition groups like the National Council of Resistance of Iran, led by Maryam Rajavi? When will we accept that the basic freedoms of the Iranian people will only be protected when the theocratic regime is not in charge?

He tells the world that if they want the people of Iran to be free, we must support the Iranian resistance. He said that the Free Iran rally, due to be held in Paris on July 9th will strive to explain the abuses of the regime and how it must be overthrown.

They are the key to a brighter future in Iran.