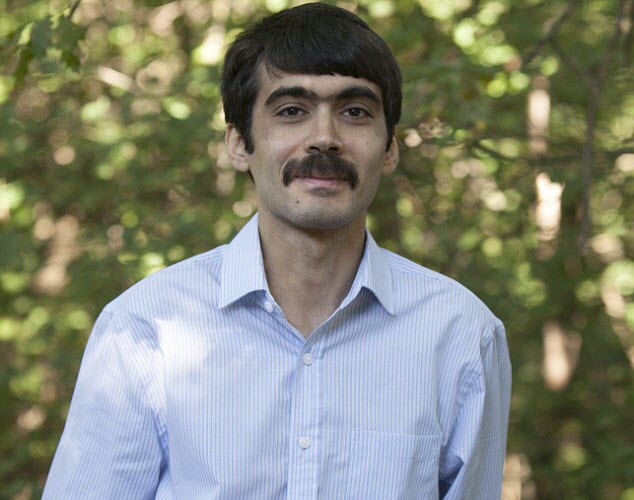 How many more unelected Iranian leaders will walk the red carpet into Europe before the West realizes that none of them will end the bloodshed in their own country so long as they come from within the regime itself?

After I replied positively, the anonymous caller said my sister had been arrested for “mal-veiling” [failing to cover her hair properly with a headscarf] and I had to go to the police station to get her released.

As I arrived at the police station and parked my car, I was surrounded by a number of individuals who I did not know and dragged against me into a car against my will. “Who are you?” I asked. One of them, who showed his hidden pistol, yelled: “None of your business.”

I immediately realised that the call about my sister was a trap, and I was being arrested by agents of the Ministry of Intelligence. I was blindfolded and taken immediately to the notorious Evin Prison in northern Tehran.

My odyssey as a political prisoner had just begun.

I was an activist for the People’s Mujahedin Organisation of Iran (PMOI or MEK), the principal Iranian opposition movement comprising moderates who want to see the Islamic Republic overthrown. We organised domestic activists and disseminated information about abuses taking place in Iran.

I spent five years as a prisoner of conscience, with a jail term that began during the Ahmadinejad presidency and ended during Hassan Rouhani’s tenure. I suffered physical and psychological torture of all kinds, designed to maximise suffering and strip me of my dignity.

The torture included six months of solitary confinement, totally sealed off from the rest of the world. During that period, I was made to believe that any day could be my last day. Constant anxiety never abandoned me.

Relatively speaking, I was one of the lucky ones. During that five years, several of my prison mates, activists of MEK as well as ethnic minorities including Kurds, were executed. Their crime? Standing up and speaking out for basic human rights in their country.

During my five years of isolation, anguish and torture, one of my sisters and one of my brothers were slain at Camp Ashraf.

I was released in February 2014 but was under constant surveillance.

In August 2015, I succeeded in reaching Europe after defying a travel ban imposed on me by the Iranian regime.

Over the past few months that I have been in exile in Europe, I have grown increasingly aware that support for democratic causes in my country is eclipsed by the immediate economic interests of some of the regime’s counterparts in Europe. This short-sighted business-first policy, cloaked in the pretext of reaching out to “moderates” in Iran, has a price paid in innocent human lives.

As Hassan Rouhani is scheduled to visit Italy and France later this month, the first diplomatic trip of its kind in the past decade, I wonder: where are the signs of moderation? In freedom of speech, or the release of political prisoners? In the manifestation of women’s rights?

And if the mullahs’ conduct at home is of secondary concern, where are the signs of moderation in Tehran’s regional conduct? In full-fledged support for Bashar Assad and the massacre of Syrian people, or the ransacking of the Saudi embassy and consulate in Tehran and Mashhad? Or has there been a let-up in sponsoring extremist and terrorist groups like Hezbollah in Lebanon?

The fact is that while European governments are eager to cozy up with Iranian heads of state, those officials consistently prove themselves to be at least as anti-democratic and inhumane as their predecessors.

Almost three years into Rouhani’s presidency, the human rights situation in Iran remains dire. There have been at least 2,000 executions (highest per capita the world, a threefold increase compared to the same period under Ahmadinejad), and the crackdown on activism and dissent has only intensified.

I ask Europe’s leaders: how much longer must this go on before you abandon the notion that the Iranian government is on the path to moderation and is a suitable partner on the diplomatic stage? How many more unelected Iranian leaders will walk the red carpet into Europe before the West realizes that none of them will end the bloodshed in their own country and bloodletting in the regime so long as they come from within the regime itself?

I am not a politician but I have learned a simple lesson over the years: good policy begins with a correct understanding of the situation. And when it comes to Iran, the starting point is this: a moderate mullah is a mirage and a fantasy. And a fantasy is a poor substitute for government.