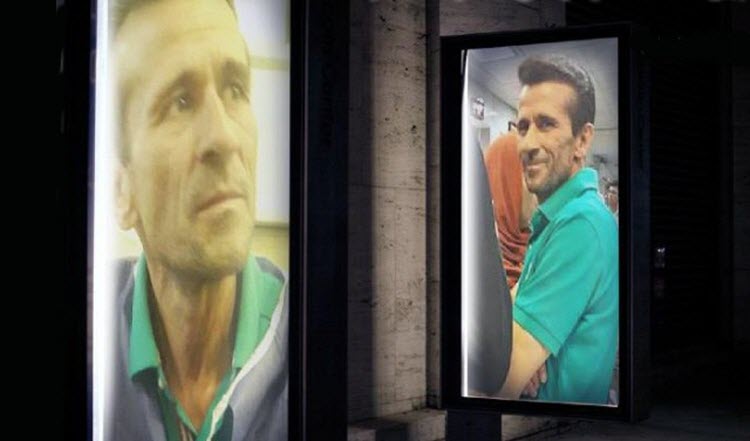 The National Council of Resistance of Iran has published a moving open letter from Jafar Azimzadeh, the imprisoned labour activist who has been on hunger strike for two months.

Mr Azimzadeh, who is being held in Iran’s notorious Evin Prison, said his reason for writing the letter was to place key issues about human rights in Iran before the court of public opinion, in hopes that Western governments would not be allowed to overlook Iran’s treatment of union workers.

He said: “During the past 15 years when workers and teachers have been staging public protests, all governments have adopted more oppressive approaches on a wide-scale basis. During the past three years, specifically, according to news published in the country’s official media, in most of the significant protests across the country workers were arrested and later faced with bogus security cases.”

He said that the government’s response to labour protests in to shut them down entirely and give the leaders long-term prison sentences under the guise of national security. It is worth noting that the Labour Minister is one of the most senior security officials in Iran, while his deputy is a member of the security-military entities.

Mr Azimzadeh explains that Rouhani’s presidency has only expanded the oppressive measures against protesters; they even allowed the government of Khuzestan Province (south-west Iran) to ban all labour protests.

Then, he tells the tale of his arrest. He worked with the Iran Free Workers Union to gather the signatures of 40,000 workers who wanted an increase in wages; the non-increase actually violated Article 41 of Iran’s Labour Law.

The rallies that they staged outside the Labour Ministry, to protest the lack of attention given to this petition by the government, often involved less than 50 workers

Then in early 2014, they sent a letter to the Minister of Labour asking him to reconsider the pitiful wage projections announced for that year. The letter stated that if the demands were ignored, it would lead to further protests on Labour Day.

The government’s reaction was to have the Ministry of Intelligence intervene and caused a large number of security forces to arrest Mr Azimzadeh and his colleagues at their houses in the middle of the night on April 30, 2014.

They were accused of assembling and colluding against national security and faced kangaroo trials which found them guilty.

Mr Azimzadeh was sentenced to six years in prison.

He said: “This is a trend that I have been protesting through a hunger strike lasting for 49 days now in Evin Prison, demanding an end to security measures against labour and teacher protests, and lifting all ‘assembly and collusion against national security’ charges, along with other security allegations, from the cases of labour and teacher activists.”