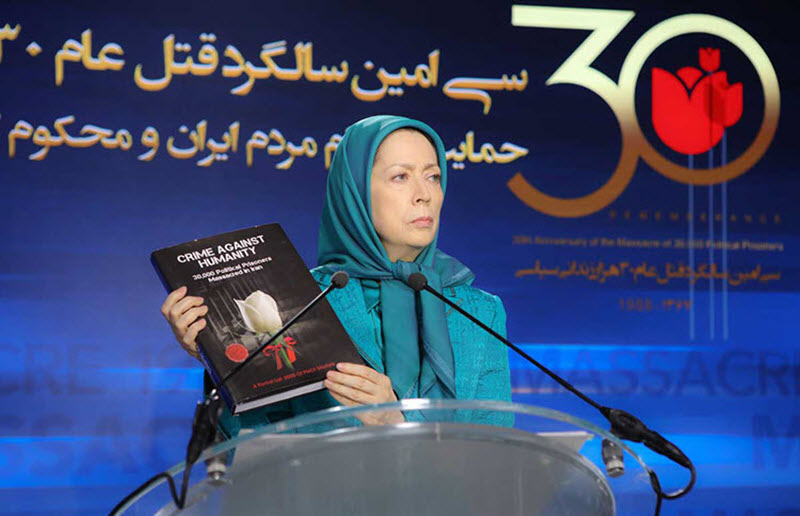 In an online conference held across 20 major cities and capitals of Europe and North America, Iranians commemorated the 30,000 political prisoners massacred in 1988 in Iran. Participants of the conference declared support for the Iranian people’s uprising to overthrow the regime, and for the National Council of Resistance of Iran as the regime’s democratic alternative.

The President-elect of the National Council of Resistance of Iran, Mrs. Maryam Rajavi, and former U.S. Congressman Patrick Kennedy were joined by European elected representatives, as well as a number of political and religious dignitaries and jurists to speak at the conference.

Additionally, representatives of nearly 250 Iranian associations participated in this conference, making speeches, explaining about their activities, expressing the demands of Iranian communities around the world, and declaring support for the Iranian Resistance, with solidarity for the Iranian people’s uprising, and the establishment of freedom and democracy. 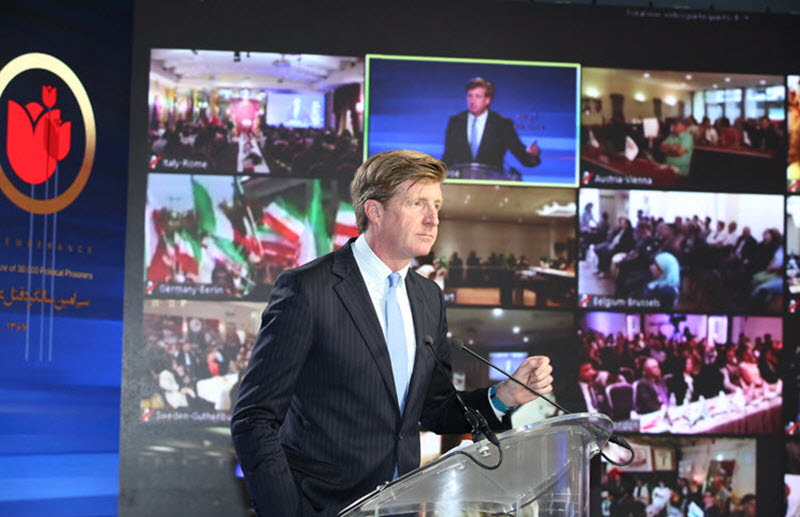 Paying tribute to the 30,000 political prisoners who were massacred in 110 cities, Mrs. Rajavi pointed to the impact of the sacrifices made by those heroes, as well as their courage.

“The resistance units are following in the footsteps of those men and women who said no to the regime in the 1988 massacre,” Mrs. Rajavi said. “Today, the mullahs’ main predicament is to confront the democratic alternative. They hopelessly try to postpone the development which would ultimately lead Iran towards freedom. But this is an unlikely dream. The Iranian people’s unremitting upheavals have left no opportunity for the realization of such a fantasy.

“The uprisings are rooted in our people’s eager quest for freedom, democracy and equality. The participation in this conference of representatives of the Iranian communities residing in Europe and Canada is a vivid example of this reality.”

She also urged the UN Security Council to prepare for the prosecution of the regime’s leaders — those in charge of the 1988 massacre and the officials responsible for this terrible crime against humanity.

She explained that the clerical regime’s spies and mercenaries must be expelled from western countries, its embassies must be shut down, and all relations must be terminated with the regime, because it takes advantage of diplomatic resources to promote state-sponsored terrorism. 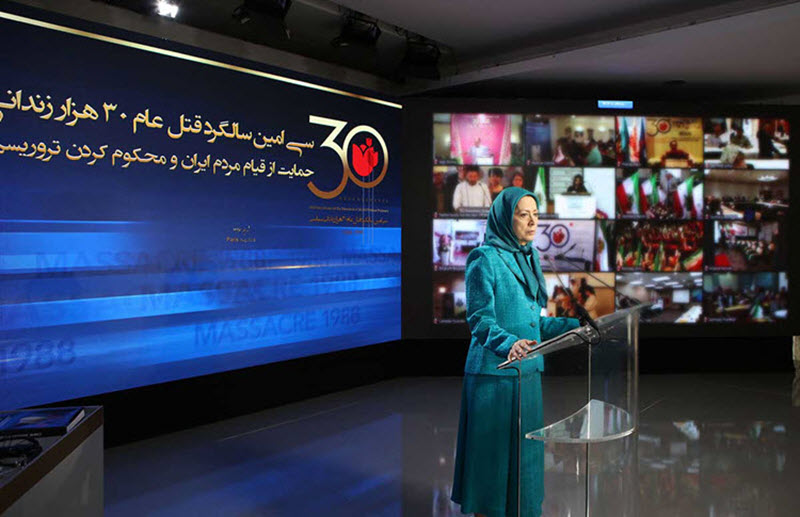 “The time has come for the world community to stand by the people of Iran in their uprising against the religious fascist regime ruling Iran and recognize their determination to achieve regime change and freedom,” Mrs. Rajavi added.

Patrick Kennedy saluted the resistance units inside Iran, and stated that the Iranian uprising today is rooted in the sacrifices of the heroes of 1988. The Iranian people who rejected the shah’s dictatorship, will reject the theocracy, and seek a free and democratic republic. Kennedy also called for the expulsion of all agents of the Iranian regime in Europe and the U.S. He pledged his continued support for the Iranian people’s resistance under the leadership of Mrs. Rajavi.

Iranian community representatives declared support for the Iranian people’s uprisings to overthrow the regime, and for the democratic alternative, the National Council of Resistance of Iran (NCRI). They also condemned the regime’s propaganda and misinformation campaigns against the PMOI. They urged European governments to adopt a decisive policy against the regime’s activities.