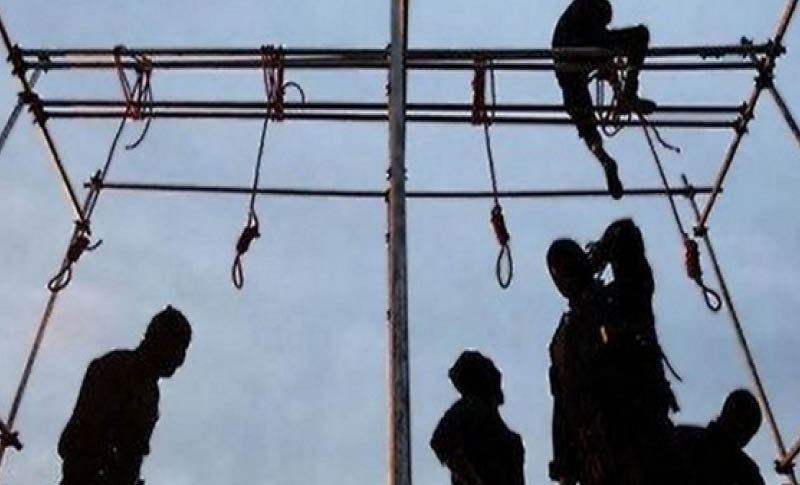 According to Iran Human Rights Monitor (IRAN HRM), since January 2019, 176 people have been executed in Iran. The highest number of execution have been in July and August.

The regime has stepped up executions, including of women. There have been reports on human rights activists who got imprisoned or brutalized in prison during the month of July.

At least 39 people, including four women and two juveniles at the time of their arrest, were executed in July. On Sunday, August 25, 2019 the state-run ROKNA news agency reported the execution of a women in the Central Prison of Mashhad. This is the 94th woman executed in Iran during Hassan Rouhani’s tenure as president since 2013. What’s noteworthy is that many western politicians consider Rouhani as a “moderate” figure in the Iranian regime.

On August 29, Iran carried out a collective execution of 8 inmates in Raja’i Shahr Prison in the city of Karaj, near the capital, Tehran.

In this regard, Mrs. Maryam Rajavi, President-elect of the Iranian Resistance, has repeatedly called on international human rights bodies to send an international investigation delegation to visit prisons in Iran and meet political prisoners.

In a message to a conference titled “Iran: Massacred Human Rights: 31st anniversary of the massacre of 30,000 political prisoners in 1988,” which was held on Friday, 30th of August in City Hall of first arrondissement of Paris she said: “The international community’s failure to hold the regime accountable for its malign actions, including the 1988 Massacre,” where 30.000 political prisoners, who were members and supporters of the PMOI/MEK were executed. She argued that “this policy of appeasement places the entire world at risk.”