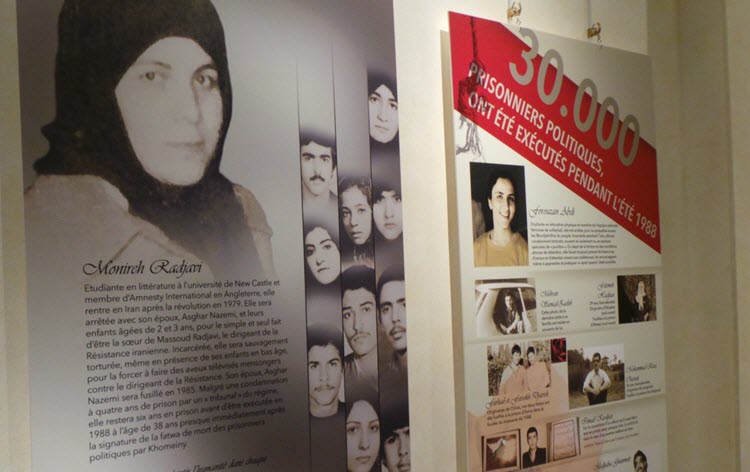 The Herald Scotland has reported that later in the month the UN General Assembly will deal with a report on human rights in Iran. The UN special rapporteur on Iran who compiled the report is not allowed to enter Iran but has been able to judge the situation accurately based on witness testimony and careful analysis.

The report draws attention to the huge rise in executions since President Hassan Rouhani took office – around 3,000 in only three years.

“Although the human rights report on Iran will lay bare the horrific record of arbitrary arrest, torture and execution routinely meted out by the theocratic regime, many UN member states are demanding a full, independent inquiry into the summary execution of more than 30,000 political prisoners in Iran during the summer of 1988 in an atrocity that must rank as one of the most horrific crimes against humanity of the late 20th century. The vast majority victims were activists of the opposition People’s Mojahedin of Iran PMOI (MEK). The mass executions, in jails across Iran, were carried out on the basis of a fatwa by the regime’s then supreme leader, the psychotic and murderous Ayatollah Ruhollah Khomeini.”

The sentences were approved by what was named a “death committee”, with Mostafa Pour-Mohammadi as the leader. This man is now the justice minister of Iran. Khomenei ordered that all political prisoners be executed – there should be no mercy. Pregnant women, teenagers, those who had already served their sentences in prison …

The Herald said: “Kangaroo courts were set up in Tehran and in cities across Iran and PMOI/MEK political prisoners were hauled in front of a Sharia judge who demanded to know if they supported the Mojahedin. Those who defiantly said yes were sentenced to immediate execution. These sham trials took on average two minutes. It was estimated that 30,000 political prisoners were hanged from cranes in batches of 10 every 15 minutes from dawn to dusk between August and December that year.”

In August this year, the “horrific truth” about these mass executions came to light when an audio recording of ayatollah Hossein-Ali Montazeri was released. In it Montazeri spoke about the massacre, saying that the death committee is responsible for a crime against humanity. “The greatest crime committed during the reign of the Islamic Republic, for which history will condemn us, has been committed by you. Your names will in the future be etched in the annals of history as criminals.” He was consequently dismissed and put under house arrest until he died 9 years ago. Now his son who released the audio recording is possibly facing the death penalty.

It is imperative that those responsible pay for their crimes, and it is completely absurd that these people are today in a position of power. Mostafa Pour-Mohammadi has admitted he had a part to play in the 1988 massacre, but said – in public – that he was proud to have ordered the executions. He must be brought to justice.

“If the UN is to retain any shred of legitimacy it must launch a full and independent investigation into this appalling crime and insist on the arrest and trial for crimes against humanity of Khamenei, Rouhani and the other murderers whose bloodstained hands the West continues to shake.”