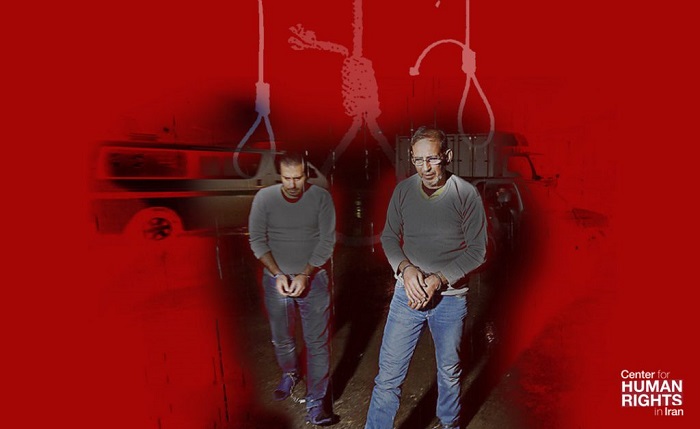 The mullahs’ regime executed four prisoners in Gohardasht prison in Karaj city on Wednesday. The names of the executed prisoners were Hassan Roshan, Mohammad Reza Ghanbari, Hamid Sheikhi and Mohsen.

A few days ago, the prison’s agents replaced six prisoners to solitary confinement, the action that the government takes it before executions.

Earlier in the week, the Iranian regime executed a prisoner named Razgar Zandi 24 in Sanandaj Prison. Razgar had been in prison for four years.

On Sunday Asghar Zamani, an inmate in Mashhad prison, died because the prison’s authorities prevented him from receiving medical care. Asghar was suffering from sickle cell. He was in acute health conditions as a result of an obstruction in medical care and passed away while in the restroom on Sunday night. He was discovered the next morning and his lifeless body was transferred to the prison’s medical center.

Last week, the government executed 10 prisoners in different cities across the country. Meanwhile, Hassan Rouhani, the regime’s president, was in New York for the yearly United Nations General Assembly meeting and was talking about promoting peace in the region.

Human rights organizations have voiced concern about the rate of executions and human rights violations in Iran. During the tenure of Rouhani, who brands himself as a “moderate” figure, more than 3,800 people have been executed, including 95 women. The Iranian regime is the record holder of executions per capita. Iran also has the worst global record in the execution of juvenile offenders.

The National Council of Resistance of Iran (NCRI) has called for a firm international policy toward the Iranian regime’s human rights dossier. Dignitaries from different countries have called on their governments to predicate any talks and negotiations with Tehran on the improvement of human rights conditions in Iran.

Four prisoners were executed today in Gohardasht Prison, Karaj, #Iran. On September 25 and 26, simultaneous with Rouhani attending the UN General Assembly, another 10 prisoners had been executed. The mullahs are toppled if they stop their killing machine for just one day.

Also concerning is the regime’s execution of 30,000 political prisoners in 1988, an incident that has been described as a crime against humanity. At the time, the regime supreme leader Ruhollah Khomeini ordered the execution of all prisoners with any affiliations with the People’s Mojahedin Organization of Iran (PMOI/MEK). The officials involved in what became known as the 1988 massacre are now occupying prominent positions of power in the regime.

The statement of the (NCRI), Simultaneous with Hassan Rouhani’s speech at the UN General Assembly, the ruling religious fascism hanged ten prisoners, including a woman, in Gohardasht, Orumiyeh and Sanandaj prisons on 25 and 26 of September.

Constant group hanging and arbitrary executions by the mullahs’ regime even when Rouhani was at the UN session in New York, indicates that the regime is in power only through suppression and execution. It cannot go on without abandoning the medieval practice for a single day.

The Iranian Resistance calls on the UN Secretary-General, UN High commissioner on Human Rights and all human rights organizations to condemn group hanging and arbitrary executions in Iran. It also reiterates the need for the expulsion of the regime from the UN and the referral of its crimes’ dossier to the UN Security Council.