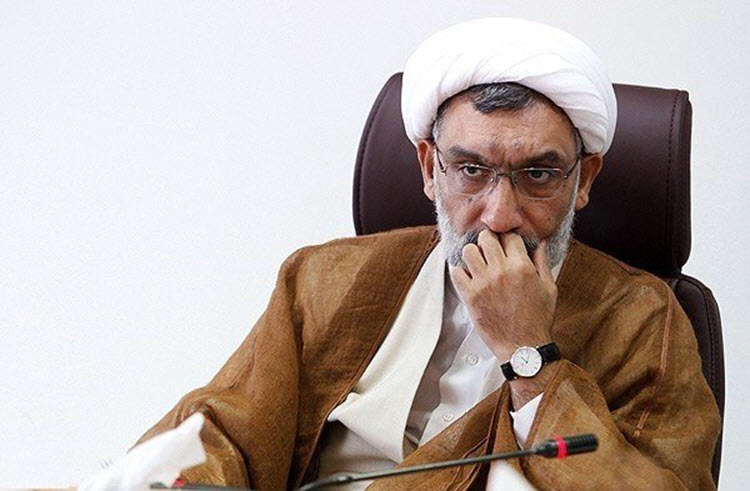 The Iranian Minister of Justice, Pour Mohammadi, has stressed that death penalty must not be ignored on the Iranian political agenda. The Secretariat of the National Council of Resistance of Iran (NCRI) warns that this is nothing more but a political maneuver to blind the UN General Assembly and the international community who have been putting more and more pressure on the state of human rights in Iran.

During this September alone, 77 people were sent to be executed in Iran. As reported by the ILNA, a state news agency, on October 29, the Minister said that “the number of death penalties and its application should be reviewed.” This would have been a welcome comment, considering the appalling state of human rights in Iran, if only the comment were not a political deception to get the attention of the international community away from human rights abuses in Iran. There is palpable fear of opposition to public executions in Iran.

The cases are many and numerous, and most often committed on religious grounds or because of the victim’s opposition to the ruling regime of the mullahs. Often the cases echo the 1988 Massacre in Iran, where 30,000 victims, women, and children among them, were executed because they supported the People’s Mojahedin Organization of Iran (PMOI/MEK), the main political opposition group to the Iranian regime, or were family members of its supporters. What’s more concerning about these recent comments from the Iranian Minister of Justice, is that he himself was part of the Death Commission who were responsible for the mass murder of thousands of victims in the summer of 1988.

Only two months ago, he said the following, in defense of this abhorrent human tragedy: “We are proud to have implemented the God’s law against the PMOI, and stood firm in the face of the enemies of God and the nation…” Referring to the PMOI by the name that the Iranian regime uses for this political group, he said: “There should be no mercy for the Monafeqin.”

For the last two years, the political leaders of Iran have made promises that the executions will be halted or reduced by making changes in the Iranian law. Such announcements normally take place at a similar time to sessions carried out by the UN General Assembly, or during the regime’s elections, which is plenty of proof to say that they are nothing more but shams. Ban Ki-moon, the UN Secretary-General has voiced similar concerns in a recent report to the UN General Assembly. “Since 2009,” he stated, “there has been a pattern of executions dropping significantly before polling day then dramatically increasing afterward.”

Pour Mohammadi allegedly told the news agency that “death penalty continues to be on the agenda but not as much as it is being done nowadays.” However, this is most likely because of the need to justify trade deals and commercial plans with the mullahs’ regime’s appeasers, especially since the 1988 Massacre has been getting more and more attention from the media and the international community.

Mohammad-Javad Larijani, the Head of Iranian Judiciary’s Human Rights Council, has also been expressing conflicting views regarding the death penalty, causing concern that his statements are nothing more but shams. Two years ago in December, he told France 24: “We are crusading to change this law and if we are successful in passing it, almost 80% of the executions would go away. This is a big news for us.”

However, he presented a different opinion on the matter to the Iranian state media just seventy days ago. “We are against the full removal of capital punishment because capital punishment should be carried out for some very dangerous crimes.” The nature of this statement in itself conflicts with his title of being the head of human rights.

“Furthermore, there are cases such as castigation that are related to divine Law,” Larijani continued. “Even regarding drug-related crimes, we do not advocate the full removal of capital punishment, rather we are after reviewing the law…reviewing drug law is not equivalent to removal of the death penalty.”