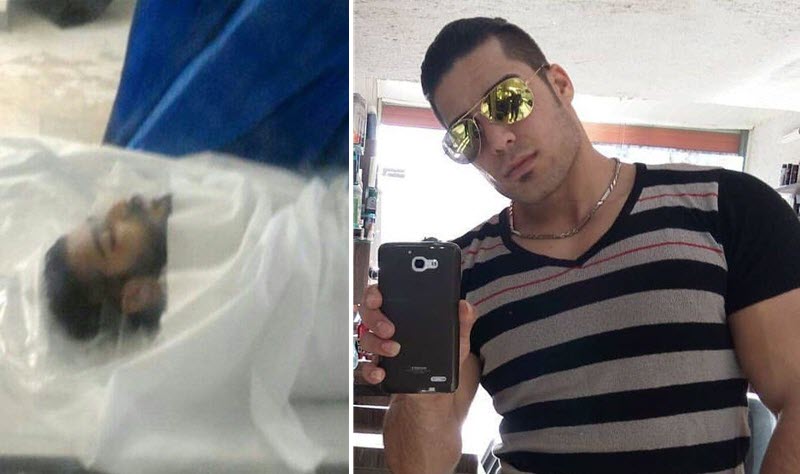 by Staff writer, SF
On Wednesday, April 18, Kamran Hamzeh, Iranian regime’s prosecutor in the city of Hamadan announced the execution of Behnam Varmazyar in the city’s main prison.
The state-run ISNA news agency quoting him wrote: “After resolving legal issues of the case, the death sentence was carried out.”

In recent days, Varmazyar’s case had attracted much attention., “Bahman Varmaziyar was a hairdresser and sports club trainer in Hamadan who attempted armed robbery of a gold shop on March 31, 2015 along with Mehdi Cheraghi and several others.” His family said and added, “18 days later, Behnam delivered himself with the stolen property to the judicial authorities, and the private plaintiff withdraw his complain, but both defendants were sentenced to death by the General Court in Hamadan for theft of gold jewellery.”

According to the judicial authorities, the two defendants were scheduled to be executed on Tuesday, April 17 on charges of Moharebeh (waging war on God) through armed robbery. The prisoners were transferred to solitary confinement in quarantine section on Friday April 14 before the death sentence was implemented.

His brother, Farhad Varmazyar said: “Since Friday, Behnam and his partner were transferred to solitary cells where their hands and feet were chained.”
According to Amnesty International’s annual report, Iran has the highest number of executions of its citizens per capita in the world.
The report comes at a time when most executions carried out by the regime’s judiciary and other institutions are not announced which are referred to as “secret” executions.