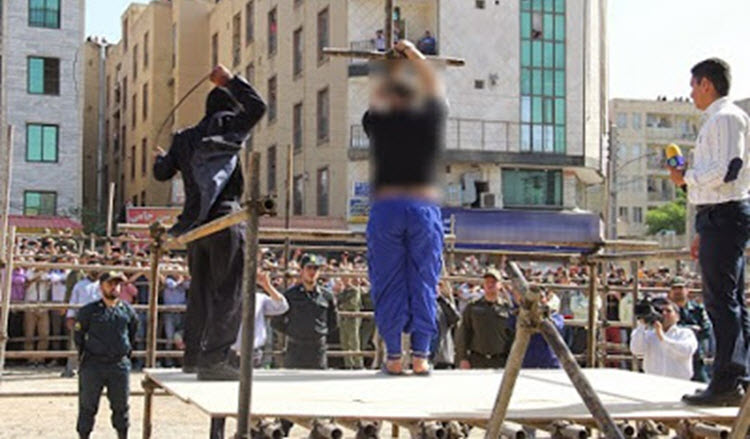 Human rights organisation Amnesty International has slammed Iran’s use of inhumane punishment such as blinding, flogging and amputation. It pointed out that every year hundreds of people are subjected to flogging, often in public, in Iran.

Amnesty International recently reported the case of a journalist who was lashed 40 times earlier this month for not reporting the correct number of motorcycles the police have confiscated in a certain city.

The organisation’s Regional Director for the Middle East and North Africa Randa Habib said: “The authorities’ prolific use of corporal punishment, including flogging, amputation and blinding, throughout 2016 highlights the inhumanity of a justice system that legalizes brutality. These cruel and inhuman punishments are a shocking assault on human dignity and violate the absolute international prohibition on torture and other ill-treatment.”

Iranian law allows the authorities to flog for over 100 different offences which include vandalism, fraud, intimate relationships outside marriage, same-sex relations, adultery, theft and assault.

Many young people in Iran have been subjected to flogging for activities such as eating in public during Ramadan, attending mixed-gender parties and having a relationship outside marriage. Amnesty International reiterated that such activities are “protected under the rights to freedom of belief, religion, expression and association and must never be criminalized”.

As Iran is a party to the International Covenant on Civil and Political Rights (ICCPR), it has to – by law – ban all cruel and inhumane punishments. It cannot continue to amputate, stone and flog its people under the pretext of religion.

In November last year a man was forcibly blinded for blinding a child during an acid attack. Reports indicate that there are other prisoners who await the same fate. In an alarming breach of medical ethics, several doctors from the Legal Medicine Organization of Iran advised the Supreme Court on how to carry out the blinding.

Randa Habib reminded that medical professionals should not be aiding and abetting any sort of criminal punishment – instead they should be carrying out their duty to avoid acts of ill-treatment.

Speaking about the reports of torture in Iran, Habib said: “Severing people’s limbs, taking away their eyesight and subjecting them to brutal lashings cannot be considered justice. The Iranian authorities should urgently abolish all forms of corporal punishment and take urgent steps to bring the country’s deeply flawed criminal justice system into line with international human rights law and standards.”