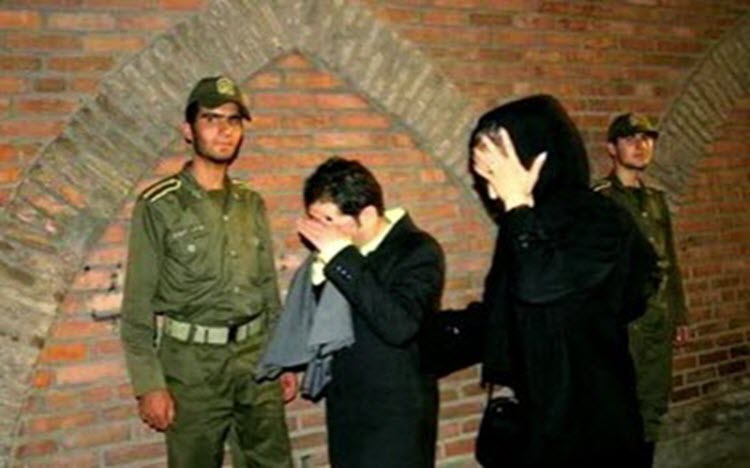 The Iranian Regime has adopted increasingly oppressive measures resulting in a wave of arrests over the past two weeks for attending a party or wearing “immodest” clothes.

2,000 arrested daily for “immodest” clothing in Tehran and a few other provinces

The Regime’s chief of police admitted that 2,000 people are arrested each day for “inappropriate” dress.Hossein Ashtary revealed this while addressing prosecutors from across Iran.

He said: “A firm revolutionary determination is required to counter the social disorder in the field of dressing and the cases that produce it.”

The reason he gives for these proposed punishments is that the police stations are clogged up, with more than 50% of their work dedicated to judicial cases.

This also seems like a case for decriminalizing people’s clothes, in order to catch actual criminals.

On September 28, Regime agents confiscated women’s clothing that they deemed immodest from shops in Gachsaran.

They took all clothing that was “low-necked” or displayed a slogan, which leaves business owners financially affected, not to mention infringing on the rights of women to dress as they please.

Some people began to protest but at least one of them was arrested by Regime Agents.

On September 30, the Regime arrested 16 women and 21 men for attending a mixed-gender party in Yazd’s Mehravaran district

A small number have been released on bail but the vast majority are still detained according to state news agency Tabnak.

So far this year, more than 300 young people have been arrested for attending a mixed-gender party, most of them punished with flogging or fines.

These are just a couple of ways in which the Iranian Regime seeks to crush groups like young people, women, and especially young women.