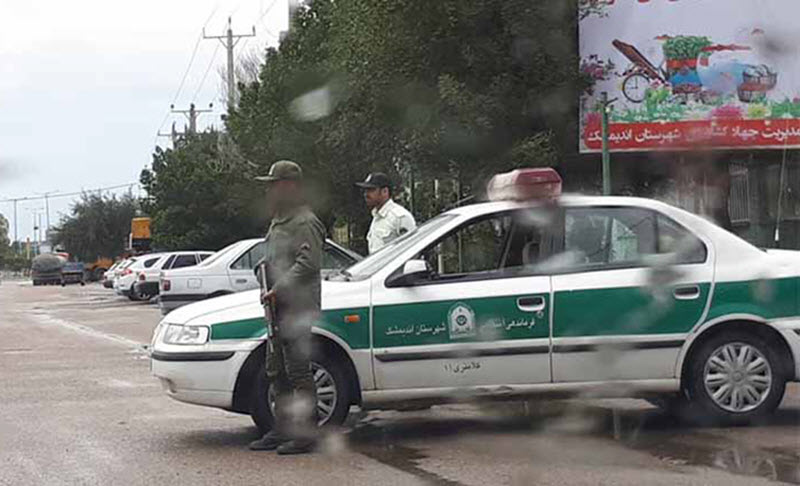 The Tehran Chief of Police admitted that four people were arrested in Iran’s capital for “spreading rumours” about the Regime’s incompetence during the recent floods that have ravaged almost all of Iran, including Tehran, for the past 21 days.

Hossein Rahimi said: “All officials, including government officials and the armed forces, made great efforts during the floods, but unfortunately some people have destroyed their image.”

He continued: “Some people also spread lies and rumours about the floods and with coordination with the Cyber Police, four of these people were identified and detained in Tehran.”

These “lies and rumours” that the police chief refers to are actually the real facts of the crisis, which contradict the Regime’s version of events that is sanitised to make the mullahs look better.

The floods have hit hundreds of towns and villages in the north, west, and south of Iran since heavy rains began in March 19. At least 290 people have died, while thousands have been sheltering in the open air without food or warm clothes.

Human rights groups have reported that two men working with an aid group in flood stricken areas – Ahmad Ka’bi and Ya’ghoub Ka’bi – were arrested by security forces in Gurieh Village in Khuzestan and taken to an undisclosed location. The reason for their arrest is unknown.

Khalaf Mardani, a Sheikh and village elder of Marvaneh Village in Khuzestan, was arrested on Saturday for protesting the regime’s lack of aid to his village and for preventing the security forces from breaking flood barriers erected by the villagers. He was taken to an unknown location.

Iran’s Chief of Police had warned that the “priority” in flood stricken areas was “security”, so the Regime would be dealing harshly with any sort of unrest.

Of course, this unrest is caused by the slow (or more likely nonexistent) flood relief that has made the flood stricken locals frustrated and angry. In fact, social media videos and photos show that ordinary Iranians are the ones carrying out the vast majority of the relief efforts, including building flood barriers, rescuing people, and diverting flood waters from populated areas.

Last week, the Iranian Revolutionary Guards Corps opened fire on a group of protesters in Jelizi Village in Khuzestan, killing a local farmer and father of seven identified as Aboud Jalizi, and injuring several more. They were protesting the destruction of their flood barriers by the IRGC, which directed water to their village and farmlands.