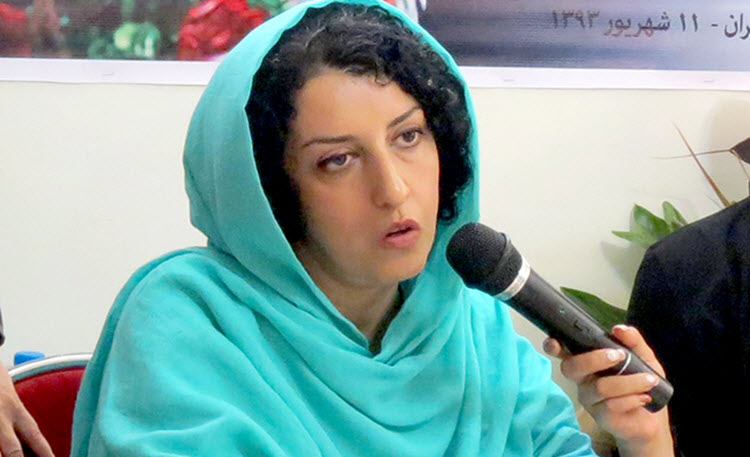 In a letter to the Iranian regime’s Attorney General, political prisoner Narges Mohammadi said: “I will not be silent until my rights are respected and justice is served.”

The Attorney General had referred to Narges Mohammadi as “a sinister existence” and added: “If the Judiciary does not reveal the documents of infringement and violations by her and others like her, it does not mean that they are good people.”

In response to this, Narges Mohammadi invited Jafar Montazeri to “disclose her indictment and defense documents page to page, as well as every moment of her personal life, so that they could be judged by the public opinion,” reported the National Council of Resistance of Iran (NCRI).

She wrote: “I tell you with no formalities, I eagerly ask you to urgently disclose through all the media that you control any religious, legal, and human violations that I ever committed. Remember, the one who insisted on a public trial was me as the accused and the one that stressed on the stealth and concealment was the Judiciary.”

She said that the authorities are causing so much unrest and misery in society. “I suggest if you intend to decry and expose anybody to the public, take a look at the suspects in the Kahrizak case, the plunderers of the national treasury, the participants in the attacks on the dormitory in Tehran University and the perpetrators of the 1988 massacre. Only then, people will realize that which authorities were and are ignorant and negligent and why our society is inflicted by this great misery and tragedy.”

Speaking about the position and treatment of women by the Iranian regime, Narges Mohammadi said: “I explicitly state that I have seen and heard a lot of moral offenses and insults against women in solitary confinement by the security guards in the prisons. When the day of revelation comes, I will disclose all of the documents and that is when I will be in the position of warning, not others [like you].”

“I am a human being; I am a free citizen of my country. So I will not allow any aggression against my dignity, identity and humanity and I will not stay silent until I obtain my rights and the justice is served. So, I am waiting to hear the words that have a legal basis.”

She said that the judiciary he represents has issued an unfair and unjust sentence. According to legal requirements she should not be imprisoned. “I do not intend to violate or evade anything and I am not going back. Nevertheless, be sure that my case is a proud leaf of the rightful struggle of a nation and one of the thousand and thousand cases of righteous and honorable Iranians who do not have a proper condition but sacrifice their life for freedom and justice,” she adds.

She finished the letter with the following: “At the end I announce that I am ready for disclosure of every page of my indictment and defense so that all people could judge who is the despicable one and worthy of rejection and who is not.”