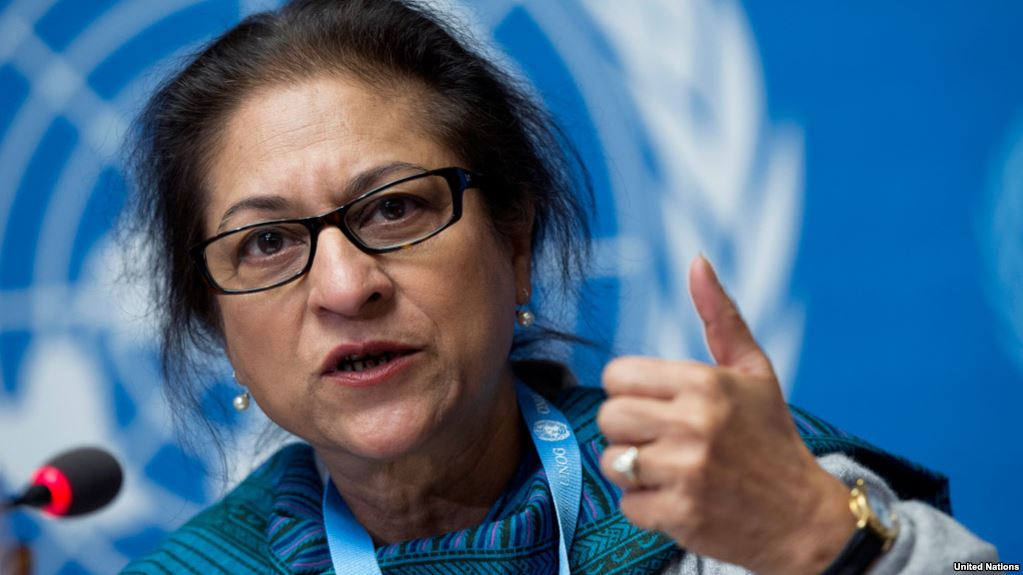 The late Asma Jahangir, in her last report in August 2017, as Special Rapporteur to the UN, was very concern about the human rights situation in the Islamic Republic of Iran.

When compared to to the year before the alarming and deteriorating situation in Iran was revealed. Amnesty International and Human Rights Watch, have documented
a similar trend in human rights violations in Iran.

In his article for Arab News, Dr. Majid Rafizadeh, Harvard-educated Iranian-American political scientist and leading expert on Iran / US foreign policy, and president of the International American Council writes, “The nature and character of the Iranian regime’s human rights abuses is diverse and multi-dimensional. There are four major categories with a downward trend.”

Dr. Rafizadeh links the first category the issue of political and civil rights — freedom of expression and opinion, freedom of association and assembly, and freedom of the press. Severe consequences, like imprisonment, torture, and even the death penalty can follow voicing one’s opinion against the regime’s policies.

The second category, according to Dr. Rafizadeh, is linked to the plight of dual and foreign citizens. Arrests of dual and foreign nationals in Iran has been on the rise. The right to a fair trial is missing in Iran’s judicial system, as detainees are not allowed access to lawyers, and face ambiguous charges such as “collusion with an enemy state.”

Dr. Rafizadeh writes, “Detainees are also often coerced into confessing to a crime they have not committed. Later, a recorded video of their confession is broadcast on state TV and reported in newspapers to buttress the regime’s arguments. In order to obtain a forced confession, the Iranian authorities employ various torture techniques, such as ‘sexual violence, including rape; blunt force trauma; positional torture; burns; sharp force; electric shocks; use of water; crushing; pharmacological torture; asphyxiation; amputation; sleep deprivation; threats and humiliation; and prolonged solitary confinement’.”

Women’s rights is described as the third category by Across the Middle East and North Africa, the rights of women are improving, but Iran appears to be heading in the opposite direction. “The repressive and systematic discrimination against women continues to negatively impact the lives of roughly half of the population,” writes Dr. Rafizadeh.

The rights of ethnic and religious minorities make up the fourth bracket. Iran continues its discrimination, harassment, and human rights abuses against ethnic and religious minorities. Dr. Rafizadeh says that, “Religiously speaking, the repression is mainly aimed at Sunnis, such as in Sistan and Baluchestan Province, where 80 percent of the population are Sunnis, as well as against the Christian and Baha’i communities. Ethnically speaking, the Arab community, such as in Ahvaz, and the Kurdish community are also targeted.”

According to Dr. Majid Rafizadeh, “It is incumbent on the UN, international human rights organizations and the international community to enforce justice and the rule of law by pressuring the Iranian regime to stop such egregious human rights violations.”

If Iranian President Rouhani were to take steps towards stopping these abuses, the people would support his stance. Instead, the regime’s affiliates and institutions are believed to be directly or indirectly contributing to the atrocities.

While the UN documents the situation of human rights violations in Iran, they must also enforce justice and the rule of law on the Iranian regime.