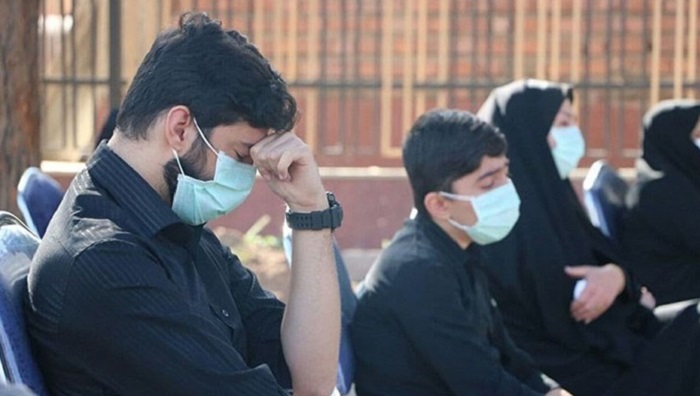 According to statistics recorded by the Iranian opposition the People’s Mojahedin of Iran (PMOI / MEK Iran),  as of Tuesday afternoon, local time, February 8, over 503,800 people had died of the new coronavirus in 547 cities spread throughout all 31 provinces of Iran. The regime’s official death toll is 133,048, which is around a fourth of the true total.

On Tuesday, the regime’s Health Ministry released the mullahs’ contrived Covid-19 data, which showed 38,757 new cases and 114 deaths in the previous 24 hours. In addition, 2724 patients are in intensive care units, and 2744 new cases have been admitted to hospitals.

“The number of persons seeking outpatient medical treatment in hospitals and medical institutions is exceptionally large. We expect a large number of cases, with hospitalization and death statistics approaching historical peaks. According to the state-run Shafaqna news agency, Amir Sadri, director of the Tehran Medical Apparatus Public Relations Office, “the number of new cases will be so high in the coming week and the following week that we will surpass the peak at a very fast speed.”

“Most of our branches are experiencing a staffing shortfall. The number of medical personnel infected with the virus is rapidly increasing. We shall be watching some really difficult days in the next one or two months. According to the semi-official ISNA news agency, the deputy director of Tehran’s Baharlu Hospital said on Monday, “we have yet to hit the peak of this wave.”

According to the regime’s official IRIB news agency, the head of Mashhad’s Hasheminezhad Hospital announced on Tuesday that the number of persons seeking initial medical care and those being hospitalized has grown by 100 percent.

According to the Mehr news agency, which is affiliated to the regime’s Ministry of Intelligence and Security (MOIS), “the number of new Covid cases every day in West Azerbaijan has surged by more than 18-fold,” claimed the caretaker dean of West Azerbaijan Medical Sciences University on Tuesday.

In comparison to the week before, the number of patients has climbed by fivefold in the last week. According to a Tuesday report provided by the IRIB news agency, 936 persons in Semnan province had tested positive in the last 24 hours.

The head of Ahvaz’s Abuzar Hospital observed an increase in omicron cases among youngsters under the age of two. “It’s possible that providing medical care to this enormous number of new cases will exceed our medical personnel’s capacity.” According to the semi-official ILNA news agency, “the number of new cases in Khuzestan will double in one or two weeks.”

“Covid-19 has infected 350 nurses. More ICU beds are required. According to a statement made on Tuesday by the Ahvaz Medical Sciences University, “from this day forward, the ICU beds of our hospitals will provide dedicated care for coronavirus patients.”

“There are 481 patients in hospitals, with 103 in intensive care units. According to the Mehr news agency, the deputy dean of Yazd Medical Sciences University announced on Tuesday that 103 patients had been admitted to the hospital in the previous 24 hours.

“In the coming ten days we may reach the point of having 1000 patients hospitalized. This is a serious danger. According to the Fars news agency, which is tied to the Revolutionary Guards (IRGC), a representative for the Kermanshah Covid-19 Task Force reported on Tuesday that 20% of those hospitalized are children.