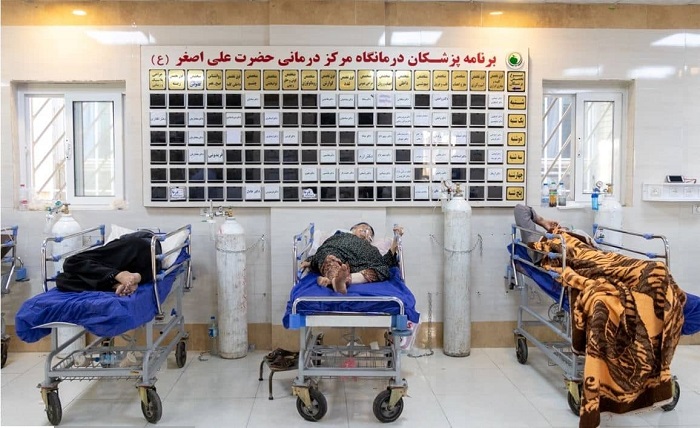 In a statement, the Secretariat of the National Council of Resistance of Iran (NCRI) quoted the People’s Mujahedin Organization of Iran (PMOI/MEK) as saying that 496,600 people had died as a result of the Covid-19 outbreak in Iran as of January 10.

The regime’s Health Ministry: With the emergence of Omicron and its rapid transmission, we do not know what to expect. Hormozgan, Tehran, and Khorasan provinces have the highest infection rate in the country. It may be difficult to deal with. (Mehr news agency, January 13, 2022)

Qom Medical University: Coronavirus infection is increasing in the Province. Hospitalizations will increase in the next few weeks. (IRNA news agency, January 13, 2022)

In Semnan, Coronavirus infection has quadrupled compared to the beginning of this week, and COVID-19 hospitalized patients have tripled compared to 72 hours ago. (Mehr, January 13, 2022)

Ardabil Medical University: In February, there is a possibility of the beginning of a new Coronavirus outbreak in Ardabil, and the predominant strain will be Omicron. (Mehr, January 13, 2022)