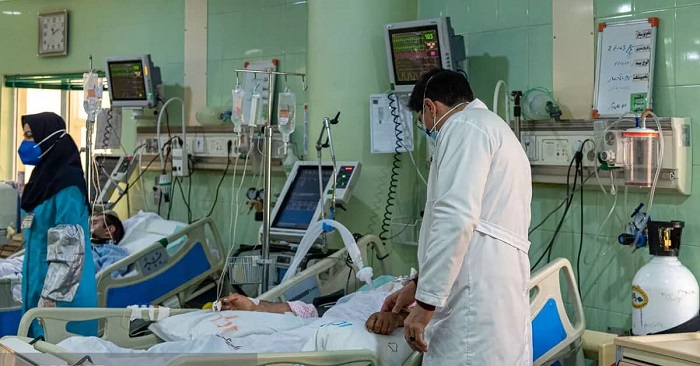 In a statement, the Secretariat of the National Council of Resistance of Iran (NCRI) quoted the People’s Mujahedin Organization of Iran (PMOI/MEK) as saying that 493,300 people had died as a result of the Covid-19 outbreak in Iran as of December 29.

Omicron has spread in different provinces

Secretary of the Scientific Committee of the National Coronavirus Combat Taskforce (NCCT): Omicron has spread in different provinces. The possibility of a new outbreak is expected in the coming weeks. (ISNA news agency, December 29, 2021)

Nader Tavakoli, deputy head of the NCCT in Tehran: At present, any patient whose COVID-19 test is positive appears to have predominantly contracted Omicron variant. (State-run media outlet, E’temad, December 29, 2021)

Mashhad Health Network: Outpatient visits to designated Coronavirus centers have increased by 22% in the past week. (ISNA, December 29, 2021)

What will result from the slow decision-making process?

What will result from the slow decision-making process on confronting Omicron regarding the number of hospitalizations and deaths?

Mrs. Maryam Rajavi the President-elect of the National Council of Resistance of Iran’s (NCRI): COVID19 fatalities in #Iran has surpassed 493,300, the highest per capita figure in the world, even based on most conservative estimates. My condolences to Iranians, especially the victims’ families. I pray for the recovery of those infected.