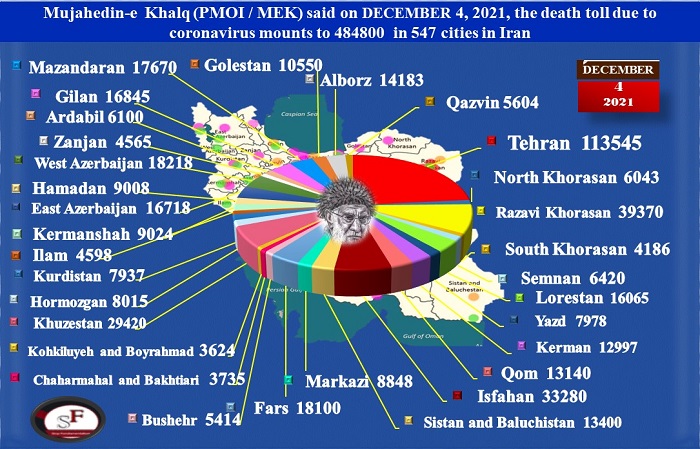 According to the Iranian opposition group The National Council of Resistance of Iran (NCRI), and the People’s Mujahedin of Iran (PMOI / MEK Iran), 484,800 people had died in Iran as a result of the Covid-19 outbreak as of December 4.

The cities of Tabas and Bahabad became red again, given the surge in the COVID-19 hospitalizations. (ISNA news agency, December 4, 2021)

Alborz Governor: We are now at risk of the sixth COVID-19 outbreak. We must take the risk of the new epidemic seriously. (Fars news agency, December 4, 2021)

“Reopening schools in Qom will contribute to the spread of Coronavirus more widely, not to make up for the two years delayed education. (State-run media, Asr-e Iran, December 4, 2021).

Birjand University of Medical Sciences spokesperson said: We do not agree with the reopening of schools in any way. This will help increase the spread of the disease. (ISNA, December 4, 2021)