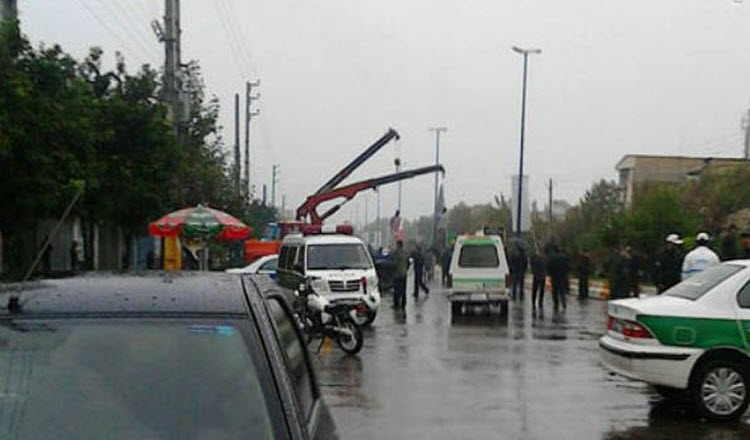 For decades, prisoners in Iran have been under great threat of being mistreated by the agents of the Iranian regime. Execution is a form of punishment that is accepted and favoured by the Iranian authorities and is often used as a way of suppressing the people.

To intimidate the public, the authorities will often carry out hangings in public where several prisoners are executed together. Children and families are exposed to such scenes.

At the beginning of the week, a state run news agency reported that in the town of Babol in Northern Iran a young man was accused of murdering a man during a fight. As a punishment he was hanged in the town, in public. His name is unknown, but he has been referred to as “H R”. He was 21 years-old.

Hangings in the Islamic Republic of Iran are frequently carried out in prisons and many prisoners are executed for carrying out non-violent crimes.

One prisoner, who had spent six years in prison for drug related charges, was hanged at the Borojerd Prison. The man, Saied Papizadeh, also known as Saied Keshvar, has a wife and two children. Iran agreed to ban executions that were for drug-related or non-violent crimes, so this execution was clearly a direct violation of international standards.

Human rights experts have called on the United Nations and international leaders to call Iran up on its human rights violations and act so that the Iranian people can stop fearing unjust treatment.

The UN has mentioned the executions carried out in Iran in several meetings recently and have called for an immediate halt to further executions. However, the Iranian authorities have ignored the international outcry and executions are continuing as they have done. People are still being executed for charges related to drugs, and others are executed for what authorities describe as “crimes against God”.

The National Council of Resistance of Iran (NCRI) recently reported that 8 prisoners were executed in Gohardasht prison in Karaj. One of the men executed was Mohsen Babai who left behind a wife. He was extremely popular because of his humane behaviour. To protest this round of executions many prisoners have started hunger strikes.

Even though a moratorium was put forward for executions in 2008, hangings are still carried out and is the most common method of execution. It is inhumane treatment and the international community must act until this vile form of punishment is banned, especially for minor crimes.