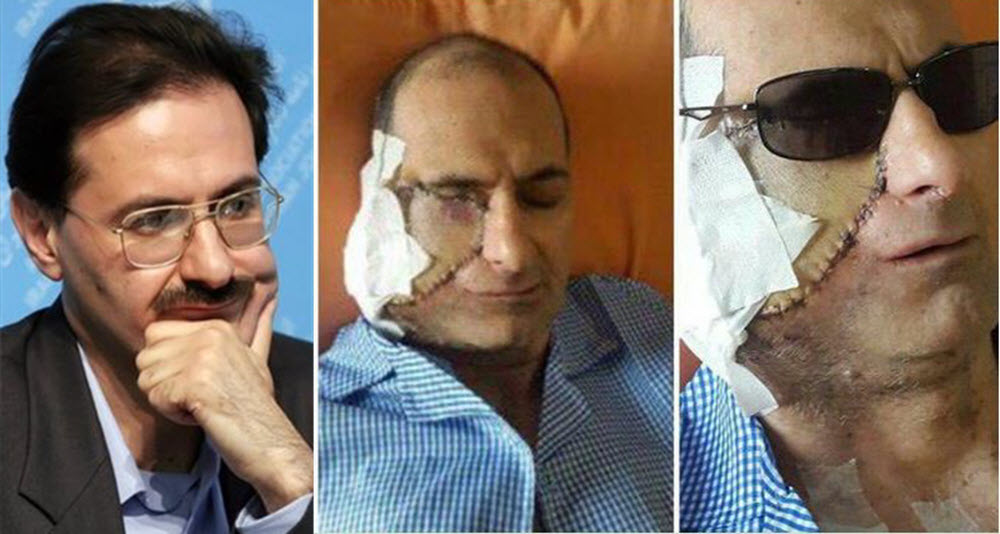 Alireza Rajaee, a well-known Iranian journalist, spent four years in an Iranian prison. During that time he was denied treatment, and as a result of this he has now lost one of his eyes and part of his face because of sinus cancer.

Fifty-four year-old Rajaee used to be the political editor of a banned reformist newspaper. He was imprisoned on the charges of “propaganda against the state” and “acting against the national security”.

When he was released in October 2015 he was diagnosed with cancer. At this stage it had spread to his jaw, roof of his mouth and right eye.

While he was in prison, authorities refused to give Rajaee access to healthcare. Many political prisoners in the country are subjected to the same cruel treatment.

Now, despite several rounds of chemotherapy and several laser therapy sessions on his eye, Rajaee has had to get his eye removed.

There has been widespread condemnation of the authorities for their mistreatment of Rajaee.

The International Federation of Journalists (IFJ) slammed the prison authorities for their neglect that has resulted in very serious complications for the journalist. It blamed the country’s judiciary and said that Rajaee was only ever prescribed painkillers.

Despite the continuing pain, Rajaee was never given any proper medical attention.

The secretary general of IFJ said that other prisoners are going through the same situation. Anthony Bellanger said that the negligence seen in prisons in Iran is unacceptable and are very serious violations of human rights.

Spokesman for the Iranian judiciary Gholamhossein Mohseni-Eje’i denied that the authorities have any responsibility in this case. He said that Rajaee’s cancer started after he left prison.

Human rights organisations including Amnesty International have documented the plight of political prisoners in Iran. They are very often sent to jail on bogus and vague charges – charges that have been completely fabricated.

Magdalena Mughrabi of Amnesty International, in reference to the political prisoners who are partaking in hunger strikes across the country, said: “The fact that detention conditions have become so poor that desperate prisoners feel they are forced to go on hunger strike to demand the most basic standards of human dignity is disgraceful and highlights the urgent need for reforms to Iran’s cruel prison system.”