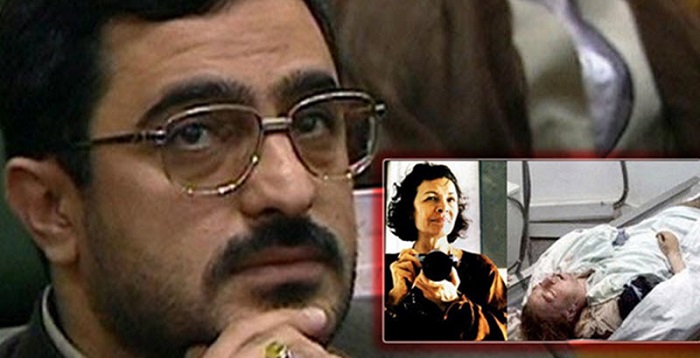 The People’s Mujahedin of Iran (PMOI / MEK Iran), and the National Council of Resistance of Iran (NCRI), reported that the former Tehran prosecutor Saeed Mortazavi was acquitted by Iran’s Supreme Court on Tuesday for his role in three fatalities that sparked widespread criticism during government crackdowns during the 2009 demonstrations.

After Iranian-Canadian photojournalist Zahra Kazemi was beaten, raped, and died in Evin Prison in 2003 for photographing prisoners’ loved ones rallying outside the same facility, Mortazavi came under particular attention from world powers and human rights activists.

As a result of the incident, there have been widespread calls for Mortazavi to be apprehended if he comes into contact with Western law enforcement officials. “We’re appealing to the international community to use all manner of law available to detain this individual, and have him face justice,” then-Canadian Prime Minister Stephen Harper told the media in 2006.

However, there is no evidence that Mortazavi was ever at any risk of having his request granted by the global community. This was owing to his meticulous planning of international travel as well as the Iranian regime’s apparent determination to defend him for years after the Kazemi tragedy. This appeared to alter after the Green Movement rallies, which were started by President Mahmoud Ahmadinejad’s disputed re-election as a political ally.

Mortazavi was found guilty of at least three cases of death

This is not to suggest that Mortazavi’s protection was instantly rescinded; rather, he became the target of factional squabbling, with his foes aiding his arrest in February 2013 and friends like Ahmadinejad ensuring that he was released the next day.

Mortazavi was found guilty of at least three cases of death by torture in the heat of the 2009 protests after a 2011 investigation by the Iranian parliament, but the legal procedure took years before he was finally convicted and sentenced to two years in prison in 2017.

A prior relationship with the ruling system appears to be one mitigating condition that does influence the judiciary’s choices, based on Mortazavi’s case. This idea was reinforced in the months following Mortazavi’s conviction when he slipped off the grid rather than reporting to prison to begin completing his term and received no additional punishment. In truth, he spent only 17 months of his two-year sentence after being arrested in April 2018 and was freed in September 2019.

The timing of that release was fortunate, as it occurred just two months after the start of one of Iran’s worst-ever crackdowns on dissent. In November 2019, in response to a nationwide uprising, regime officials opened fire on masses of protestors, killing 1,500 people. They also carried out large arrests around the country, prompting the judiciary to launch a months-long campaign of systematic torture that affected thousands of people.

Mortazavi was a vocal supporter of Raisi

Mortazavi was a vocal supporter of Ebrahim Raisi’s presidential campaign in 2017, which he lost to Hassan Rouhani. Mortazavi referred to the upcoming Raisi administration as his “dream” for the Islamic Republic, emphasizing the common bond that exists among Iranian authorities committed to the brutal suppression of dissent.

Regrettably, the European Union and its member states have done nothing to demonstrate solidarity with the people who are demanding freedom and democracy. With each fresh declaration of support for both recent and historical human rights abuses, the regime’s inattention to Iran’s domestic turmoil becomes more and more deadly. Mortazavi’s acquittal should make that action even more important, as the Supreme Court’s judgment serves no purpose other than to provide the green light for even harsher repression of dissent.