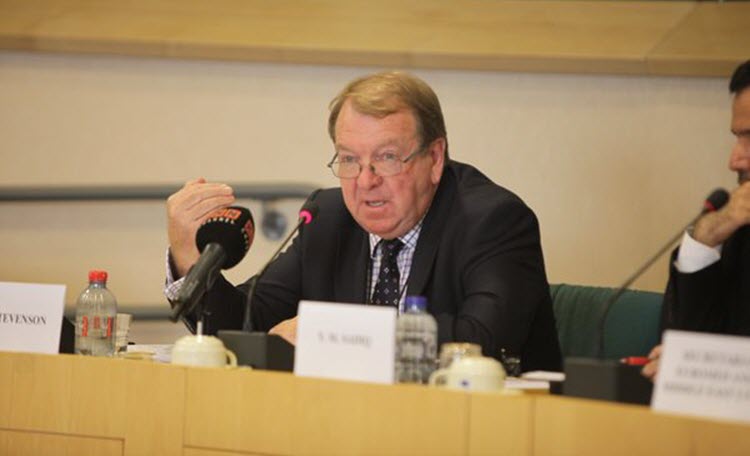 The European Iraqi Freedom Association (EIFA) has strongly condemned Iraq’s membership to the UN Human Rights Council. The association states that this will damage the cause of human rights because Iraq is almost entirely under the control of the clerical regime ruling Iran. It points out that Iran – as confirmed by the United Nations and many international human rights organisations – is a violent offender of human rights abuses.

In Iran, executions take place on a daily basis and the people are strongly supressed. There is no freedom in Iran for the people – ethnic minorities are discriminated against, as are workers, women and religious minorities. Even the elections that take place in Iran are a sham – the Supreme Leader choses who he wants to run for presidency.

On the side-lines of the Human Rights Council, the Iranian regime’s Deputy Minister of Foreign Affairs Abbas Araghchi met with Iraq’s Foreign Affairs Minister Ibrahim Jafari. Araghchi praised “Iraq’s positions in opposing anti-Iranian resolutions in the General Assembly and the Council”. Jafari then told Araghchi that the Iranian people and the Iranian government are “victims of terrorism”. He claims that the People’s Mojahedin of Iran (PMOI / MEK) is a terrorist group.

However, this could not be further from the truth – the PMOI has itself been a victim of the Iranian regime’s terrorism and suppression. For example, PMOI members were killed in large numbers at Camp Liberty in Iraq.

The presence of Jafari at the Human Rights Council and other international events is to defend the Iranian regime and to block any attempts to adopt resolutions against Iran.

The human rights situation in Iran is getting worse – so much so that the number of suicides is increasing.

In January a young woman, a 26-year-old aspiring engineer, was arrested on 24th January this year. She committed suicide the day after being released – unable to bear what had happened to her. She was sexually abused during her incarceration.

Sadly, stories like these are becoming more and more common in Iran.

Since the beginning of this year, the Iranian authorities have carried out an average of one execution every eight hours. At the minute there are 160 juveniles on death row according to official numbers (although the real figure is much higher).

These human rights abuses are taking place under the so-called “moderate” President Rouhani. Western businesses are seizing trade and business opportunities with Iran since the nuclear deal was signed in 2015.

The human rights abuses go back for decades, with one horrific incident in 1988. During the summer of that year, the Iranian authorities executed more than 30,000 political prisoners, the majority of whom were MEK supporters. At that time, Hossein-Ali Montazeri, the former no. 2 official of the regime, told fellow officials that they were involved in “the biggest crime in the Islamic Republic, for which history will condemn us”.

Montazeri condemned these actions and was arrested and kept on house arrest until he died. He revealed that woman, young girls and pregnant women were executed during the 1988 massacre.

Because of the state of human rights in Iran, numerous organisations and groups have called on the United Nations to act. They have also called on governments in the West to stop engaging with the Iranian regime.

The United States has been urged to adopt firm policy to hold Iran accountable for its crimes against humanity and to bring justice to the millions of people who have been supressed and denied the most basic of rights.