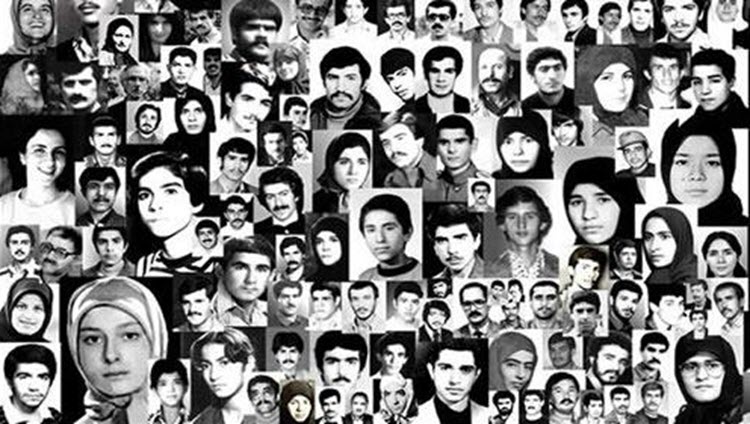 A joint statement has been sent to the current session of the Human Rights Council by six human rights organisations regarding justice for the summer of 1988 massacre of political prisoners by the Iranian regime.

During that summer, more than 30,000 political prisoners (most of whom were members or activists of the People’s Mojahedin Organization of Iran – PMOI / MEK, were killed by the Iranian regime on the orders of the then-Supreme Leader Ruhollah Khomeini who had issued a fatwa.

It started with a history of the 1988 massacre and mentioned the evidence against the perpetrators – a voice recording of the late Grand Ayatollah Hossein-Ali Montazeri condemning the “death committee” for its participation in the executions.

The fatwa that Ayatollah Khomeini issued was quoted: “As the treacherous Monafeqin (PMOI) do not believe in Islam and what they say is out of deception and hypocrisy, and as their leaders have admitted that they have become renegades, and as they are waging war on God, … it is decreed that those who are in prisons throughout the country and remain steadfast in their support for the Monafeqin (PMOI), are waging war on God and are condemned to execution. In Tehran, Mr. HojatolIslam Nayyeri, Sharia judge, and Mr. Eshraqi (Tehran’s prosecutor) and a representative of the Intelligence Ministry will decide on the fate with a majority vote. In prisons located in provincial capitals the Sharia judge, revolutionary prosecutor, and member of the intelligence ministry will be making the ruling. Those responsible for the rulings should not be hesitant or doubtful and should be most ferocious in the face of infidels. (…) In all the above cases, if the person at any stage or at any time maintains their support for the hypocrites (PMOI), the sentence is execution. Annihilate the enemies of Islam immediately. As regards to the cases, use whichever criterion that speeds up the implementation of the verdict.”

The report mentioned how many of the people who were executed had completed their sentences in full or were re-arrested just to be executed.

The report also highlights that some of the officials on the so-called death committee hold great positions of power in the current Iranian government. One such example is Mostafa PourMohammadi who was representative of the Intelligence Ministry at the time of the massacre. He is now Iran’s Justice Minister.

They also pointed out that women were not spared – even young girls and pregnant women.

They also highlighted the cruel and alarming process: “According to numerous reports the procedure of the death commissions was very simple. The first question was: ‘What is your political affiliation?’ Those who answered ‘Mojahedin’ were sent to the gallows. The ‘correct’ answer was ‘Monafeqin’ (hypocrites, the derogatory term used by Iranian authorities to describe the PMOI). According to Montazeri in some cities this response wasn’t enough and prisoners were tested to see if they would be willing to execute other PMOI members or give televised interviews condemning the group. A negative response meant execution.”

The statement calls on the UN to bring justice to the many people affected by this crime against humanity and to make the perpetrators accountable. “What happened in Iranian prisons in 1988 remains a deep scar on the body and soul of the Iranian people. The only way to soothe this wound would be a comprehensive investigation and identifying those who abused their power to execute thousands of their ideological opponents.”

“According to international conventions there is no statute of limitations for crimes against humanity. It is the responsibility of the international community, including the Human Rights Council and the Security Council, to attend to this matter and to ensure that accountability is achieved. What gives this matter urgency is that the massacre and genocide of 1988 has not come to an end and still continues – for example, High Commissioner Zeid Ra’ad Al Hussein issued a statement deploring ‘mass executions’ in Iran following the execution of 25 Sunnis on August 2, 2016. Additionally the perpetrators of the 1988 massacre still hold key positions and continue to murder their opponents.”

“In conclusion we recommend:

1) the UN High Commissioner for Human Rights and the UN Human Rights Council place the massacre on their agenda and as a first step appoint an international commission to investigate this atrocious crime;

2) the Special Rapporteur on the human rights situation in Iran, Asma Jahangir, carry out an inquiry into the 1988 massacre as part of her mandate;

3) the Special Rapporteur on the promotion of truth, Pablo de Greiff, carry out an inquiry into the 1988 massacre as part of his mandate.”