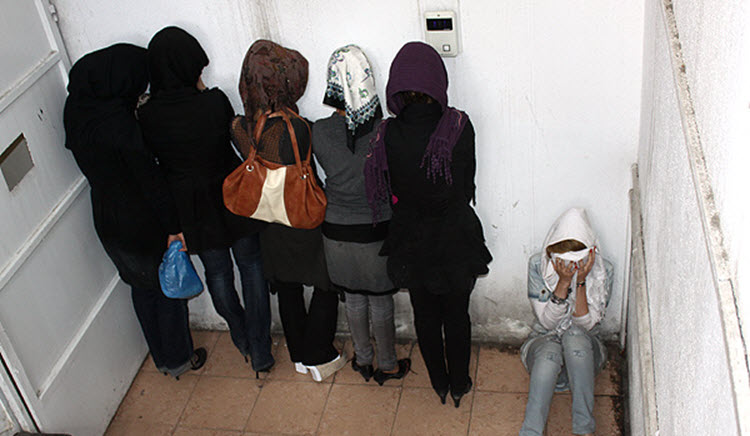 Recently in Iran there have been over a hundred arrests. On the evening of 9th December, a villa in Mashhad was raided and eight women and 16 men were arrested. The attendees were celebrating at a party at the time of their arrest. These 24 people are to be further investigated by judicial authorities.

At the beginning of November it was reported that police in Tehran raided a house where 17 young people were having fun at a mixed-sex Halloween party in traditional costumes.

Similarly, 120 men and women were arrested at a private party in Tehran on Tuesday 13th December. The party was being held in a coffee shop which has reportedly been shut down by authorities. Two “underground singers” were also arrested.

Also on Tuesday, the Iranian regime’s “morality police” arrested more than 30 young people at a mixed-sex house party in Tehran. They were attending a birthday celebration. Those arrested were between the ages of 18 and 25.

On Saturday, 54 people were arrested in Abadan. They too were attending a birthday party. The girl who arranged the party said that she was going to log a complaint against the regime’s agents. Although most of the young people have since been released, the owner of the property and the girl who intends to officially complain are still in custody.

Shahin Gobadi of the Foreign Affairs Committee of the National Council of Resistance of Iran (NCRI) said: “The clerical regime has never been so isolated at home and loathed by the Iranian people, in particular by the youth and women. As such, it is resorting to more and more repressive measures to confront this growing trend. This once again proves that the notion of moderation under Hassan Rouhani is a total myth. But it also indicates the vulnerable and shaky state of a regime that cannot even tolerate private festivities of the people, particularly the youth. It is becoming more evident that the mullahs are totally paranoid of any social gathering in fear of a popular uprising.”