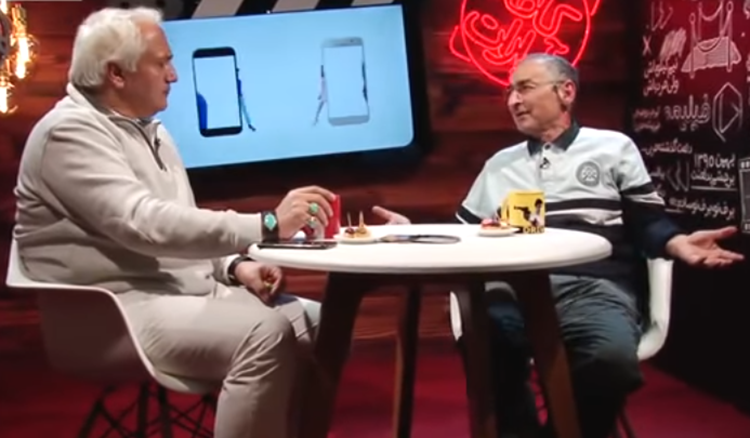 A professor of political science at the University of Tehran, Sadeq Zibakalam, confirmed that the Iranian regime was responsible for the execution of thousands of members of the People’s Mojahedin Organization of Iran (PMOI/MEK) during the decade after the 1979 revolution.

He also stated that a large portion of the executions happened in the summer of 1988 in the notorious Evin Prison in the country’s capital.

His remarks were published on the Guya News website during the annual “Fajr” film festival in Tehran.

He said that the members of the opposition who were murdered were not tried during a formal court process and they were not proven guilty of any crime. Zibakalam mentioned the audio recording of Hossein Ali Montazeri who told the “Death Committee” that they would be responsible for a crime that would go down in history. Montazeri was the successor of the Islamic Republic’s founder but was sacked when his disproval of the crime was expressed.

A film named “Majaraye Nimrooz”, which translates as “Midday Adventures”, was previewed at the film festival. It was produced with the support of Iran’s Revolutionary Guards (IRGC). Zibakalam criticized the film and said that it is not a true reflection of what really happened between the IRGC and MEK at that time. It is a depiction of what happened from the point of view of the Iranian regime, making out that the regime defends truth and humanity.

The Rafsanjani confidant said: “We accuse the MEK of conducting a series of assassinations back in the 1980s. Did MEK members carry out these measures for no reason at all?”

From 1965 the MEK played a crucial role in the 1979 revolution with armed resistance and popular movements against the monarchical regime.

Its leader, Massoud Rajavi, was a leading presidential candidate.

The conflict between revolutionary forces and the state eventually reached a head and Khomeini, the founder of the Islamic Republic, stopped MEK members from gaining governmental positions.

The recording of Montazeri condemning the 1988 massacre sent waves through the regime, but the regime justified it actions by saying that as the prisoners were already in jail they could execute them according to the law. But the members of the “Death Committee” were clear that the political prisoners were executed solely for supporting the MEK.

The current head of the Ministry of Justice, Mostafa Pour Mohammadi, was one of the members of the “Death Committee”.

Shockingly, Pour Mohammadi expressed no regret regarding the executions. He recently claimed: “I am proud of implementing Khomeini’s orders against MEK members.”