Over 186,200 people have died of the coronavirus in Iran, according to reports by the Iranian opposition, the National Council of Resistance of Iran (NCRI), and the  People’s Mojahedin Organization of Iran (PMOI / MEK Iran). The official death toll by the regime stands, around a third of the actual figure.

As many countries begin to vaccinate their populations against coronavirus, Iranians are still one of the world’s most vulnerable populations when it comes to the disease because the regime has failed to control the spread in an effort to quash popular uprisings.

The Aftab Yazd outlet wrote on December 8: “The distribution of coronavirus vaccines in various countries has raised a serious popular demand in Iran for vaccination. The people ask, why cannot a rich country such as Iran, with so much oil reserves, import coronavirus vaccines? If the establishment does not handle this problem, it will have a negative impact on society.”

Indeed, as the state-run daily Hamdelli pointed out on Saturday, the people will protest once they see the vaccine being given out in neighboring countries and ending the pandemic. While Mohammad Reza Mahboubfar, a member of the Coronavirus Taskforce warned that “society’s tolerance will end”, the longer they have to wait for the vaccine.

Thread by @HeshmatAlavi: THREAD 1) As criticism grows against China over the #coronavirus pandemic, it is worth noting the regime ruling #Iraing Chinese fishing companies use "bottom trawling" techniques in the Gulf of Oman, leaving local fishermen &amp;… https://t.co/Yr6UzNGb3v

President Hassan Rouhani said that “every necessary action has been taken” to prevent a “negative impact” on society, promising a domestic vaccine by summer 2021, but this was such an unrealistic prospect that many regime experts and state-run media outlets have refuted it. Even Keyhan Azadmanesh, the CEO of the company that claims to have created the Iranian COVID-19 vaccine, said the lack of transparency in the Iranian economy would cause problems.

Deputy health minister Iraj Harirchi said Sunday that Iranian officials would e the first to take the vaccine on camera to build trust among the people in the safety of the shot, but the People’s Mojahedin Organization of Iran (PMOI / MEK Iran) reported that the officials would likely use foreign vaccines, which are proven safe. 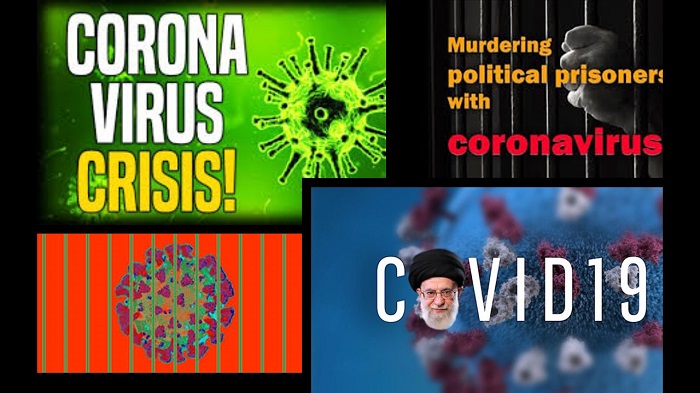 So why is the regime not buying the foreign vaccines available now? Why make the people wait and risk so many lives, as well as the economy? Well, Central Bank governor Abdolnaser Hemmati tried to blame US sanctions for blocking payments for the vaccine, but this is a hoax, with the World Health Organisation-led COVAX organization advising that there is no legal and judicial obstacle standing between Iran and the purchase of vaccines.

The Iranian Resistance, (NCRI) and (PMOI / MEK Iran) explained: [Providing vaccines to all] needs a budget, good management, and a mobilizing of all facilities. But none of these things exists within the corrupt clerical regime. It is clear that the regime has no intention to take care of people’s health and provide vaccines. The regime has plundered the Iranian people’s wealth and resources and spent it on terrorism and missile and nuclear ambitions. Therefore, the regime is unable to prepare the special conditions for general vaccination.”

The increasing and unbridled trend of #Coronavirus patients and victims are the direct outcome of the inhumane and unpatriotic policies of Khamenei and Rouhani. Human lives are completely worthless in their eyes. #Iran pic.twitter.com/XfF1JKmyzW

Mrs. Maryam Rajavi the President-elect of the National Council of Resistance of Iran (NCRI): The increasing and unbridled trend of coronavirus patients and victims are the direct outcomes of the inhumane and unpatriotic policies of Khamenei and Rouhani. Human lives are completely worthless in their eyes.
MEK Iran (follow them on Twitter and Facebook)