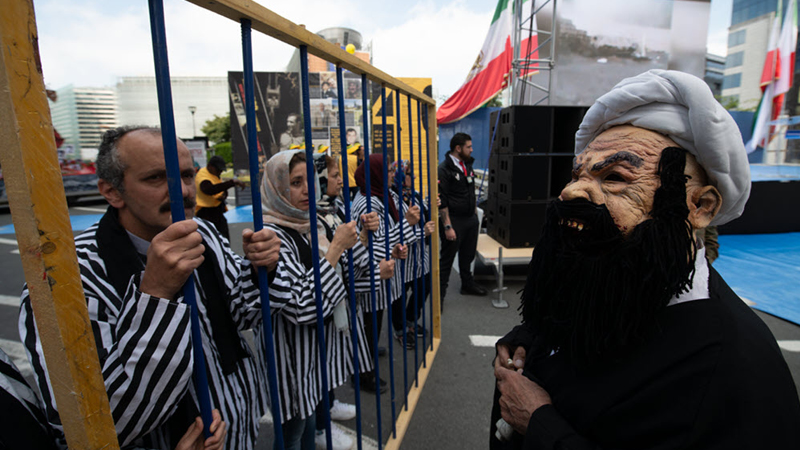 On Thursday, September 19, 2019, The European Parliament adopted a resolution strongly condemning the Iranian regime for violations of women’s rights in Iran and the use of the death penalty, including its use against juvenile offenders; and called on the Iranian authorities to introduce an immediate moratorium as a fundamental step towards its abolition. EP also called on Iran to cooperate with the UN Special Rapporteur on the situation of human rights in Iran, including by allowing him to enter the country.

The EP resolution also demanded that all EU-Iranian dual nationals, including Nazanin Zaghari-Ratcliffe, to be released immediately.

Anna Fotyga, Member of the European Parliament from Poland, commended the women of Iran for their bravery, determination and will, not only for their struggle for women’s rights, but for their protests against the regime. Fotyga also mentioned that the main Iranian opposition movement, the National Council of Resistance of Iran (NCRI), is led by a woman.

The resolution was adopted by 608 votes in favor, 7 against and 46 abstentions.

In other news, according to reports from inside of Iran, regime authorities brutally tortured political prisoner Mehdi Farahi Shandiz in Karaj Central Prison, until he lost his consciousness under torture. He was tortured while he was on hunger strike.

Mehdi Farahi Shandiz is an electrical engineering graduate and a high school math and physics teacher from Tehran. He was arrested in 2011 on charge of acting against national security and insulting the regime’s supreme leader Ali Khamenei.

Farahi Shandiz was first sentenced to three years imprisonment but his sentence was extended to 12 years and he was accused of other unclear charges. In the past eight years, Farahi Shandiz has suffered from impairment to his sight and hearing and fractured ribs under torture.

This week Hassan Rouhani is planning to visit the U.N headquarters in New York. At least 3,800 people including 94 women, were executed during Rouhani’s tenure. This ranks Iran second in the world in terms of number of people executed, and first in terms of the number of executions per capita.

The Iranian community in U.S. organized a rally on Tuesday September 24 at 8:30 am – 11:30 am, across from the UN headquarters in New York to “Support Iran Regime Change by Iranians, Demand Firmness toward Mullahs’ Regime.” The Organization of Iranian American Communities (OIAC) organizes this rally. Several prominent speakers, including Senator Joe Lieberman, will address the event.

“The rally will also call on UN member states to impose comprehensive sanctions on the regime for the flagrant violations of human rights, export of terrorism, continued ambitious nuclear and missile program and wreaking havoc in the Middle East region,” said OIAC in its statement.

All of us who will take part at rally outside @UN 9/24/19 will remind the international community that the only way to avoid further carnage in and outside Iran is an end to the clerical regime in its entirety. #MaximumPressure #IStandWithMaryamRajavi @USAdarFarsi https://t.co/ZzVU52Bi8K