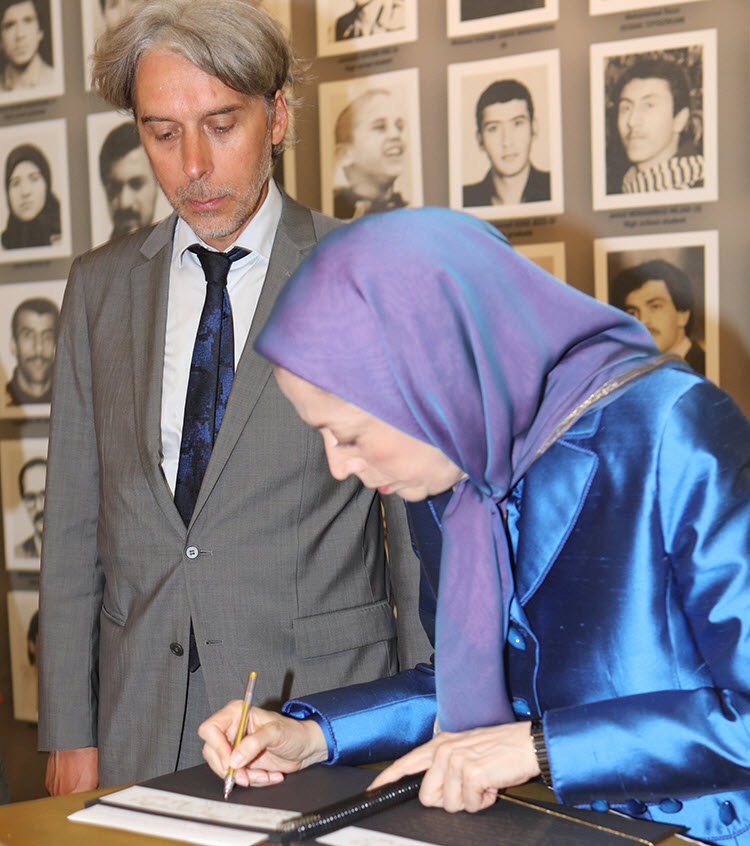 The President of the National Council of Resistance of Iran has once again called for the international community to seek justice for the 30,000 political prisoners executed during the 1988 massacre.

Maryam Rajavi was touring a Paris exhibition dedicated to political prisoners, both those in Iran and those who suffered in France under the occupation of Nazi Germany. It features testimonials from prisoners and witnesses; shining a light on the oppressive totalitarian regimes that tortured  and executed political opponents.

The Paris Municipality’s 2nd District released a statement commemorating the victims of the massacre and discussing the new audio evidence that the Regime planned and orchestrated the massacre.

Rajavi paid tribute to the Resistance fighters who achieved the liberation of Paris and those still fighting for a free Iran.

Jacques Boutault, mayor of Paris’s 2nd District,  said that he not only condemned the massacre but also its continuing human rights abuses.

He said: “Our borough today commemorates the liberation of Paris, which ended four years of occupation by Nazi Germany. If European countries were able to sustain the end to the dictatorship, it is because they have the ability to remember the past so it would not be repeated. This unspeakable episode in Iranian history would only result in a continuation of what is unspeakable. That is why the town hall of the 2nd District is honored to host this exhibition and listen to the witnesses of this inhuman episode in Iranian history. “