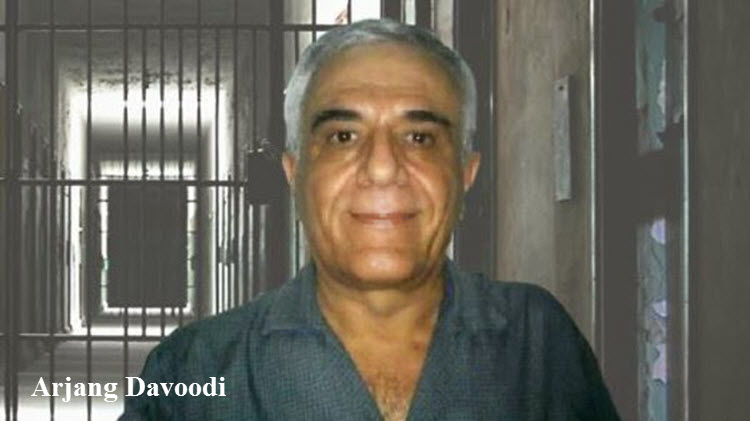 The National Council of Resistance of Iran (NCRI) has published an article on their website about the increased pressure that is being exerted on political prisoners.

They mentioned the case of 63-year-old political prisoner Arjang Davoodi who, on 24th September, was sent to Zabul Central Prison in exile by the clerical regime’s henchmen. The transfer of his personal belongings and medication was prevented. Mr Davoodi suffers from several health problems including heart disease, kidney disease and diabetes. Since October 2003 he has been moved from one prison to another, as well as enduring torture and long periods of time in solitary confinement. He is now in Ward 2 of Zabul prison.

Another political prisoner who has been severely mistreated is Ali Moezzi, a 67 year-old father of two PMOI members. After two weeks of uncertainty moving between Evin and Gohardasht prisons, he was finally transferred to Gohardasht Prison on 21st September. Mr. Moezzi suffers from several diseases such as cancer, kidney failure and severe neck arthritis. He too has been repeatedly transferred from one prison to another and has been deprived of the most basic facilities and health care.

Mehdi Farahi Shandiz, a political prisoner in Gohardasht prison, has been in solitary confinement and incommunicado for three weeks. On 2nd September he, along with several other prisoners, was violently beaten and was later transferred to solitary confinement.

Mohammad Mardani, the “criminal head” of Gohardasht prison, and henchman Dariush Amirian, the “so-called internal manager of the prison” who takes the stools from underneath of the feet of prisoners on gallows, are intent on increasing pressure on prisoners continuously and using different methods. The NCRI say that this includes “banning visits by second degree family members or simultaneous meeting with family members, banning entry of books into prison (the condition for bringing a book into the prison is to take one out), banning any food brought by family members, banning purchase of any electric equipment from the prison store or from outside of the prison, lack of any possibility of repairing of electric equipment….”

On top of these repressive restrictions, a large number of prisoners have long been deprived of family visits and phone calls to their relatives. Prisoners are also subjected to an extremely low quality of food. The goods sold in the prison shop are of a very low quality, but have a very high price tag. The prisoners also lack proper heating and cooling equipment and all prison apertures are shut off.

“The Iranian Resistance calls on international human rights organizations, especially the UN High Commissioner for Human Rights, the Special Rapporteur on the situation of human rights in Iran and Rapporteurs on arbitrary arrests, torture and the right to life, to take urgent action in relation to the Iranian prisoners, especially political prisoners.”