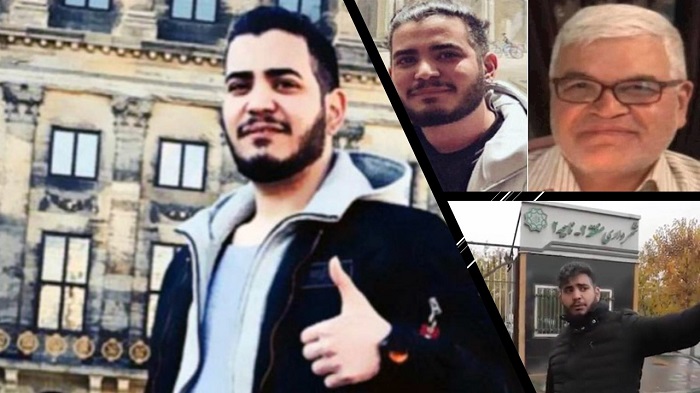 The state-run News Agency, ROKNA, has just reported that the father of a political prisoner, Amir Hossein Moradi, only 26 years old, who has been sentenced to execution, has just committed suicide. This is believed to be due to the pressure exerted by the regime when he was told his son was to face the death penalty. This reason has been supported by both Amir’s lawyer and mother.

Amir Hossein, 26, was one of the peaceful protesters who was arrested at the November 2019 protest over the tripling of gas prices that took place without notice to the Iranian people.

After enduring a year of pressure from #Iran's regime, Naser Moradi, the father of Amir Hossein Moradi, an Iranian political prisoner arrested during the November 2019 nationwide protests, committed suicide on Monday morning & unfortunately lost his life.https://t.co/6igmF6xfXd

On May 5, mullahs regime judiciary’s spokesperson, Gholamhossein Esmaili accused Amir Hossein of having ties to the People’s Mojahedin Organization on Iran (PMOI / MEK  Iran), and of pursuing “destructive” actions.

Saeed Tamjidi and Mohammad Rajabi have also been sentenced to death. There are some reports that have said that the protesters were forced to confess to crimes they did not commit using torture such as electric shocks and relentless beatings. They were also kept in solitary confinement.

These death penalties were announced in June, but because Iranians waged a social media campaign with the words “Do not execute,” accessed more than 10 million times, this led to the regime to temporarily reconsider the sentences.

#Iran's judiciary did not allow Amir Hossein Moradi, a prisoner sentenced to death because of his participation in the November 2019 protests, to attend the funeral of his father, who had committed suicide, because of the verdict of his son. #IranHumanRights pic.twitter.com/RtD2VbKXr3

Throughout this time, Amir Hossein’s family had been under immense pressure while wondering what fate was going to be for their son. They never really believed their son was going to be released from the death penalty.

A reputable source said that after the death of the father, Amir Hossein’s mother and brother were called to the Intelligence Agency and were told they would be arrested if they revealed anything to the media. The whole incident had led to a fall in the mental states of the parents.

Iranian musician dedicates a beautiful song to the father of jailed political Amir Hossein Moradi who is behind bars for taking part in the November 2019 protests.

Currently, nine protesters are on death row awaiting executions, but this number could grow. The world already knows about the execution of Navid Afkari and Isfahan residents, Mostafa Salehi. The international community has shown their anger at these executions.

Mrs. Maryam Rajavi the President-elect of the National Council of Resistance of Iran’s (NCRI): The mullahs are deliberately seeking to eliminate political prisoners including Amir Hossein Moradi and Ali Younesi by the Coronavirus which serves them as a replacement for executions. Otherwise, they could have adopted preventive measures against the deadly virus.

I urge the UN Secretary General and High Commissioner for #HumanRights to immediately intervene to save the lives of Ali Younesi and Amir Hossein Moradi, and secure their release. #Iran pic.twitter.com/uplefu0jmo