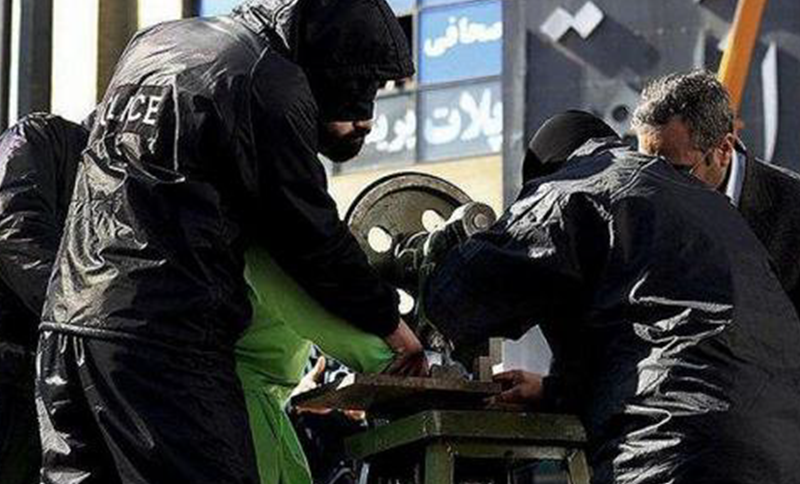 Every day, reports from inside the country indicate that the human rights situation is as bad as ever; if not getting worse.

Recent reports state that seven people in Tehran have been sentenced to flogging, hand amputation and finger amputation in the city of Tehran. They were arrested for robbery.

The 8th Branch of the city’s criminal court sentenced the “leader” of the gang to a hand amputation. One of his accomplices was sentenced to the amputation of four fingers from his right hand.

The others were each sentenced to 74 lashes and will serve between three and five years in prison.

Human rights organisations, including Amnesty International, have been calling on Iran to put an immediate halt to such cruel punishments.

Only a few weeks ago, Amnesty international drew attention to the case of Peyman Mirzazadeh, a Kurdish singer and prisoner of conscience who was flogged 100 times and sentenced to two years in prison for “insulting Islamic sanctities” and “drinking alcohol”.

Amnesty International said that the treatment of Mr. Mirzazadeh “highlights the inhumanity of a justice system that legalizes brutality”. “He is a prisoner of conscience detained merely for exercising his freedom of expression and the Iranian authorities must release him immediately and unconditionally.”

At the end of last month, three civil rights activists were sentenced to 10 years in prison because they were not wearing the compulsory veil in public and for “encouraging and providing the means for moral corruption”. Their lawyers have been banned from court proceedings and the women were insulted by court officials.

Iran’s Attorney-General recently spoke about the punishments handed out by the Iranian regime. Mohammad Jafar Montazeri said that there were not very many hand amputation sentences being handed out these days, describing it as “unfortunate”. He said that some of the country’s “divine laws” have had to be abandoned “so as not be condemned on human rights issues in the United Nations”.

The Iranian regime sees amputation as the best deterrent to robbery and it ignores international human rights regulations and norms.

The regime does not see floggings and amputations and so on as torture. In fact, one regime official – ironically the head of Iran’s Human Rights Council Mohammad Javad Larijani – said in 2010 that these types of punishments are justified on both a religious and cultural basis.

The people of Iran have suffered under the rule of this cruel and callous regime for more than four decades and they are determined for their situation to change. They are putting as much pressure on the regime as they can and they are welcoming pressure from the international community. They want their human rights to at last be respected; not trampled upon.