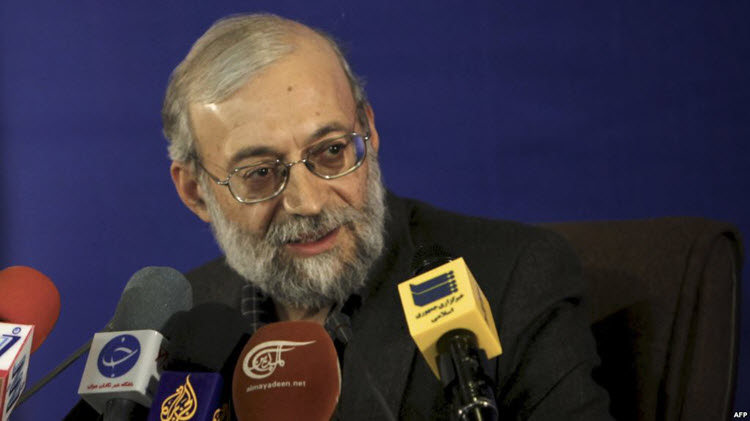 Mohammad Javad Larijani, secretary of the Human Rights Directorate of the Iranian Judiciary oddly said in a press conference that there were no political prisoners in Iran. He also called for the execution of “fire at your own discretion command” of Ali Khamenei, the leader of the Iranian regime.

Larijani went on to claim: “The term political crime is not right and the Westerners use it to create holiness for committed offense.” He praised oppressive security forces at this news conference. Larijani also called for the use of Khamenei’s “fire at your own discretion command”, the fight against “American hegemony” and emphasized: “It needs culture building.

In March of last year, Ali Asghar Jahangir, head of the Regime’s “Organization of Prisons and Measures of Provisional and Educational at the meeting “The High-Level Meeting of the Sixth Summit of the United Nations Human Rights Council Summit,” told reporters: “In our country, political prisoners are not defined the way it is defined in prisons of other parts the world. There are few security prisoners in Iran, who are compromising the security of the country”.

Iran’s resistance has repeatedly called on human rights organizations and the United Nations to visit the political prisoners in the Iranian regime’s prisons. Political prisoners have also reported their condition in the numerous reports to the UN Human Rights Council and the United Nations Special Rapporteur on Human Rights (UNAMA), Mrs. Asemeh Jahangir, on the extensive pressure and unlimited harassments of the Iran’s regime.