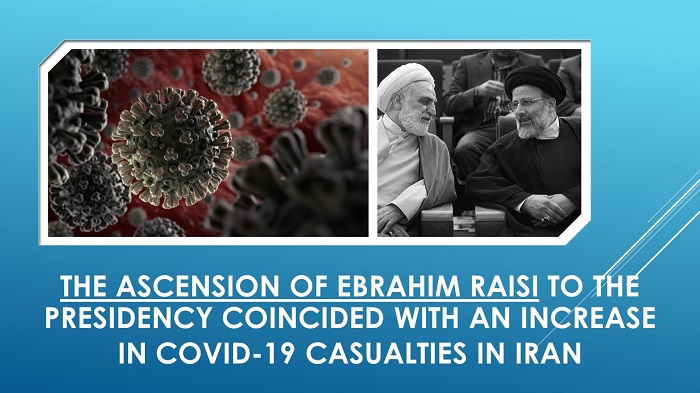 During a 24-hour period at the start of this week, Covid-19 claimed the lives of around 2200 Iranians. The National Council of Resistance of Iran (NCRI), and the People’s Mujahedin of Iran (PMOI / MEK Iran), reported that the coronavirus death toll in 547 cities surpasses 380,500.

Large parts of the country went into their newest government-imposed lockdown around the same time, although the measures are only expected to last six days, will come with no monetary aid for a financially strained society, and will most likely be barely enforced.

When seen in the light of the regime’s recent propensity to open fire on crowds and make mass arrests in order to disperse public protests against various government policies and practices, that weakness appears even more reckless.

The fifth wave of coronavirus infections

The fifth wave of coronavirus infections is currently affecting Iran. It’s possible that the brief lockdown will compound the problem by allowing new infections to develop in isolation but not run their course before people return to public places in a desperate attempt to make a living while also burying and mourning their lost loved ones.

Authorities have previously attempted to blame the severity of the situation on US sanctions, but even the most casual observers have noticed that the sanctions are not stopping the import of vaccines or other life-saving medicines.

Ali Khamenei band imports of vaccine from UK and US

On the contrary, American philanthropists attempted to donate tens of thousands of vaccine doses to Iran as soon as they become available, but the regime’s Supreme Leader Ali Khamenei thwarted the deal when he declared that no vaccines made in the United States or the United Kingdom would be allowed to be distributed to Iranians.

While pro-regime apologists will almost certainly point the finger at US sanctions for the regime’s lack of support, this narrative falls apart when it is noted that Tehran’s funding of foreign proxies, ballistic missile development, and nuclear provocations have not decreased during the same time period.

In reality, the government has maintained a considerable reserve of capital in the shape of so-called religious foundations and regime-linked economic companies, not only without abating its repressive measures and force-projection but also without abating its repressive measures and force-projection. The National Council of Resistance of Iran (NCRI) has long highlighted that the Iranian government has the resources to assist the people in the face of a crisis such as a coronavirus pandemic, but merely lacks the resolve to do so.

A widespread rebellion erupted in Iran

A widespread rebellion erupted in Iran in January 2018, affecting well over 100 cities and towns and pushing incendiary slogans like “death to the dictator” into the mainstream.

In November 2019, a similar rebellion sprang spontaneously in about 200 locations, posing such a significant challenge to the authority that police responded by opening fire on crowds, killing 1,500 people in just a few days.

While those breakouts appeared to hold unrest at bay for a time, their impact appears to have waned in recent months, particularly with the regime’s “election” of known human rights abuser Ebrahim Raisi as the regime’s next president on June 18.

According to a recent statement on the NCRI’s official website, Iranians have grown acutely aware of the regime’s contempt for their rights and well-being in the aftermath of that election.

“The regime has caused and intensified the current Covid-19 crisis, and Khamenei has failed to control the restive society using the Covid-19 outbreak,” the statement continued. For him and his dictatorship, what he previously referred to as a ‘blessing’ had turned into a nightmare.”