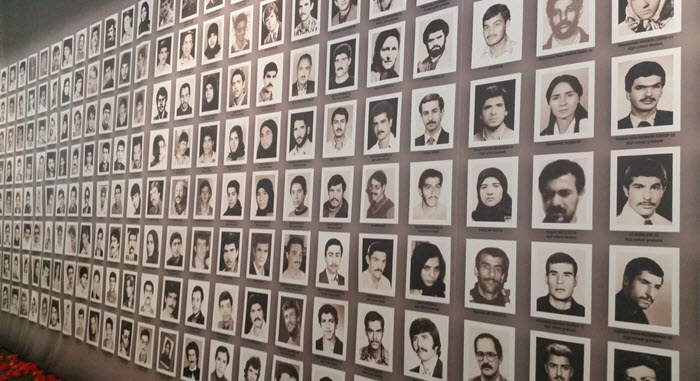 The Assembly of Experts, the highest institution in the mullahs’ Islamic Government of Iran, have released a statement which admits to the 1988 massacre of thousands of civilians, women and children among them.

The statement claims that the 1988 massacre was “a historic and revolutionary decision by his highness Imam Khomeini”, to “deal seriously and decisively with the Hypocrites.” The regime considers supporters of the People’s Mojahedin Organization (PMOI) to be hypocrites and “enemies of God” because they opposed the religious fascism ruling Iran since Ayatollah Khomeini.

They were especially targeted by the decree which Khomeini released to enable the mass executions. “Those who insist on their position of hypocrisy in prisons across the country, are enemies of God and condemned to death…” Khomeini’s decree proclaimed. “It is naïve to have mercy on enemies of God… Those gentlemen who are responsible for making the decisions, must not allow themselves to have any speck of doubt.”

Maryam Rajavi, the president-elect of the National Council of Resistance of Iran (NCRI), has proclaimed the as “anti-Islamic”, stating that it “contradicts even the foundations of the mullahs’ own fundamentalist jurisprudence.”

At the time, Khomeini’s decree was objected only by Ayatollah Hossein Ali Montazeri who was to become Iran’s next Supreme Leader. An audio recording which was recently released by Montazeri’s son, reveals his firm opposition to the massacre. He proclaimed to the “Death Commission”: “In my opinion, the greatest crime committed during the Islamic Republic, for which history will condemn us, has been committed by you.” He urged the commission to consider that an ideology or a line of thought, such as the PMOI, cannot be stamped out by brutally executing its members.

Khomeini’s response was dismissive. The Assembly of Experts cited Khomeini’s letter to Montazeri (dated March 26, 1989) in their statement: “Since it has been made clear that after me, you (Montazeri) will hand over Iran to liberals and through them to the Hypocrites, you have lost the competence and legitimacy for future leadership of the regime.” Following Khomeini’s death shortly after this letter, he “was succeeded by a lower-ranking cleric, Ayatollah Ali Khamenei.”

The regime’s officials have also attempted to glorify the image of Khomeini and condemn the growing popularity of PMOI and the NCRI.  In a meeting that took place shortly before The Assembly of Experts released its statement, Khamenei blamed Montazeri’s audio tapes as attempts to “whitewash” and show the PMOI supporters as innocent, distorting Khomeini’s supreme image.

It is clear that even after admitting to the crimes, the Iranian officials have no regrets over the 1988 mass executions – not the large number of victims, nor the way the executions were carried out. Mrs. Rajavi has urged the UN and the international community to see this statement by The Assembly of Experts as further evidence of the 1988 massacre, and to bring justice to the victims.