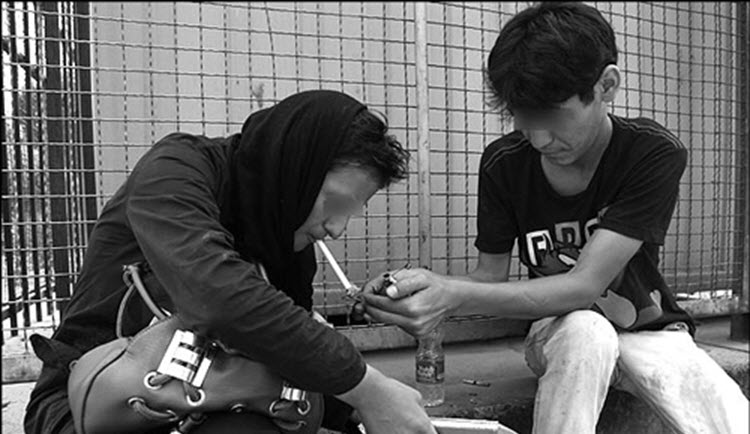 Figures indicate that the number of people addicted to drugs in Iran has doubled in the past six years.

State media announced last weekend that opium is the most popular drug among users.

A spokesman for the Drug Control Organization, Parviz Afshar, quoting figures from a state-run news agency, said that there are around 2.8 million drug addicts in the country aged between 15 and 65.

However, just the day after this figure was announced, the man who runs the anti-drugs group in the Expediency Council said that the figure is completely inaccurate and a lot lower than the reality. Saeed Safatian said that he believes at least 20 or 30 percent should be added to the figure.

Between 2011 and 2016, the population increased by 4.8 million. The regime official then concluded that according to this, there are around 10 million people in the country that have some sort of drug addiction or dependence.

Other officials from the regime have even pointed out that the ages of drug users are getting lower and lower with many children as young as 12 being regular users. There are also an increasing number of women becoming addicted to drug, with the rate doubling.

Confusion surrounding official figures is very common when dealing with statistics released by the regime or its media mouthpieces. It is a tactic that it uses to mask the extent of the real problem. Furthermore, in the case regarding the circulation of drug, it is also to hide the role of regime officials and the Islamic Revolutionary Guards Corps (IRGC) that are instrumental in facilitating the distribution and export of drugs.

Drugs for the Iranian regime and the IRGC are a big earner. Proceeds from the distribution of drugs go towards funding fundamentalism and terrorism-related activities.

Earlier in the week, WikiLeaks was cited by Al Arabiya saying that Iran is the biggest drug smuggler in the world.

It said: “This regime is continuing its efforts to widely distribute drugs to Arabic countries. IRGC commanders are involved in drug smuggling, based on published telegrams. A classified telegram dating 12 June 2009 sent from the US Embassy in Baku shows the volume of heroine sent from Iran to Azerbaijan increased from 20 kgs in 2006 to 59,000 kilograms in the first months of 2009 alone.”

The IRGC is even known to distribute drugs to minors.