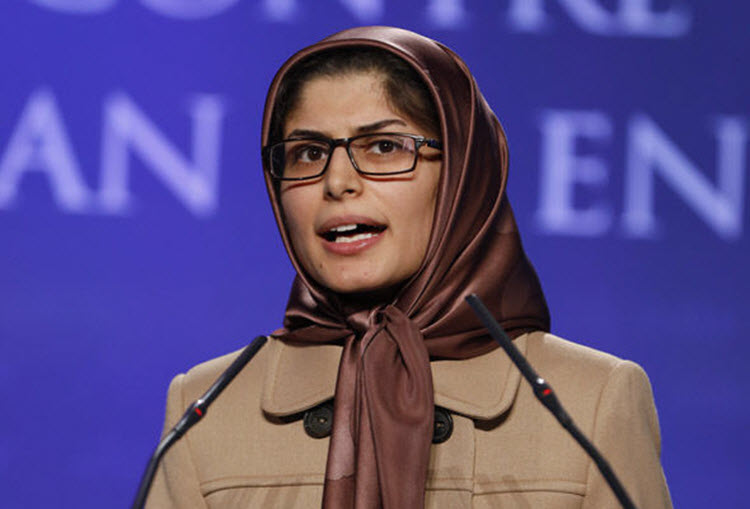 In an interview with The Express in the United Kingdom, Shabnam Madadzadeh speaks about the terrible abuses she endured during her time in prison in Iran. The 29 year-old computer science student was arrested along with her brother in 2009 on her way to Tehran’s Tarbiat Moalem University. Intelligence officers charged them both for speaking out against the Iranian regime.

She talks about how she was kept in a small cell and endured torture during numerous interrogations. She spent three months in solitary confinement and described the torture as both physical and mental. The cell was only two by three metres and she had no contact with anyone. Her family were also banned from contacting her, which left them not knowing if she was coping or not.

Once she was out of solitary confinement, Shabnam was able to send letters in secret from her cell in order to make the prison brutality known to those on the outside.

Shabnam would be questioned for up to ten hours a day, but she refused to speak to them time and time again making the interrogations even more violent and lengthy. She said: “They pushed me and they hit me a lot. It was long interrogations – eight to 10 hours a day every day. They grabbed my hair and pushed my head and wanted me to say what they wanted to hear. They tortured my brother, even more in front of my eyes.”

Faced with a prisoner who was not speaking, the guards increased the pressure on her and threatened her with execution.

She said: “Nobody knew where I was, I was alone and I heard the sounds of other prisoners being tortured. They would cry out and it was the most horrible sound.”

Shabnam had spent five years in jail. She was released last month and was able to escape from the view of intelligence and surveillance teams and left Iran. She is now calling on Western governments to back the National Council of Resistance of Iran (NCRI) which works alongside the MEK and is urging them to stand against President Hassan Rouhani.

“The West cannot negotiate with the regime. It’s the most criminal in the world. The face of the regime is not the smiling faces and shaking of hands. The message of the Iranian people to western governments, and my message today is that you must adhere to the three decades of struggle by the Iranian people to break free from the clutches of this regime and accept the true freedom fighters, the National Council of Resistance of Iran as the true representative of the Iranian people, and refrain from any type of negotiations or deals with this notorious regime, because the true price of your deals is human lives, gallows in the streets of Iran. This is a reality which I learned and felt in the university, in the prison and after my release in Iranian society. They have the desire and potential to bring about change in Iran.”

She added that she believes the Iranian people have the willpower to overthrow this regime. She says they will overthrow the regime with the help of the Iranian resistance and its tireless efforts.