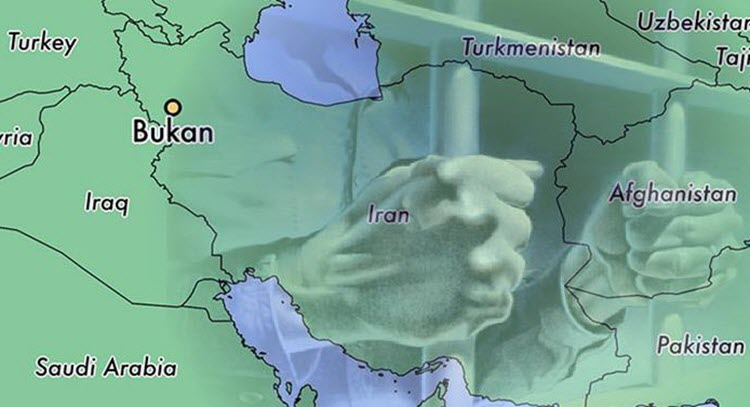 The National Council of Resistance of Iran (NCRI) have reported that at least eight people have been arrested by the regime’s Ministry of Intelligence and Security (MOIS) in the cities of Mahabad and Bukan, in West Azerbaijan Province in north-west Iran over the course of the past two weeks.

They report that on 30th May, two Sunni brothers – Ali and Farooq Mavot – were arrested by MOIS agents in their home. They were beaten and then transferred to an unknown location. Ali Mavot has already spent three years in prison because of his religious activities after being arrested in 2012.

Last week in the city of Mahabad, six young people were arrested after their homes were raided by agents of Intelligence Ministry. They too were transferred to an unknown location. Those arrested are named as: Mokhtar Ebrahimi, Yousef Ahmadian, Arsalan Besharat, Yousef Zoodi, Khaled Ak and Younes Zoodi. At this time there is no information about their condition or their whereabouts.

The older brother of Arsalan Besharat, Khosrow, received a death sentence along with six other Sunni prisoners incarcerated in Gohardasht (Rajai Shahr) Prison (North West of Tehran) on 5th June this year by Branch 28 of the Revolutionary Court, presided over by Judge Moghiseh. The NCRI said that the infamous Judge Moghiseh has issued many death sentences for a huge number of political opponents, in particular activists of the PMOI (People’s Mojahedin Organization of Iran).

Seven Sunni prisoners who have been locked up since 7th December 2009 are Davoud Abdollahi, Kamran Sheikheh, Farhad Salimi, Anvar Khezri, Khosrow Besharat, Qassem Abasteh and Ayoub Karimi. They were sentenced to death and were informed of their sentence on 5th June while in prison.

These Sunni prisoners, like many others in the prisons of Iran, have suffered from extreme physical and psychological torture at the hands of the Iranian regime.